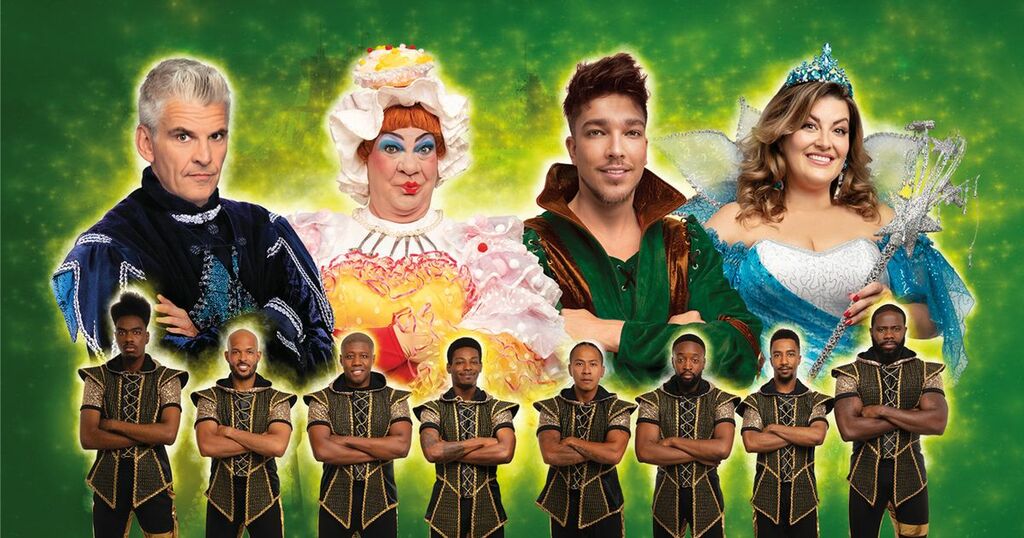 Robin Hood and his Merry Men will be back on home turf to outwit the dastardly Sheriff of Nottingham at this year's pantomime at the Theatre Royal.

A soap star, an X Factor winner and a leading entertainer are amongst the cast at the annual extravaganza, which last year had to be cancelled due to Covid restrictions.

The curtain will rise on Saturday December 11 and will run until Sunday January 9, 2022.

Former Stars in their Eyes host Matthew Kelly will play Dame Tilly Tuck. The star of stage and screen has became a panto legend, performing across the country.

In the lead role of Robin Hood is Matt Terry, best known for being crowned as the winner of the 13th series of ITV’'s The X Factor in 2016. Since then, Matt has been recording and writing music all over the world and had a top 3 hit with his Ed Sheeran-penned winner’s single When Christmas Comes Around and featured on Enrique Iglesias’ smash Summer single Subeme La Radio with Sean Paul.

Jodie Prenger, winner of the BBC series I’d Do Anything will play the Spirit of Sherwood. The award-winning performer has a host of theatre credits to her name including Oliver!, Shirley Valentine, and Calamity Jane.

Dance sensations Flawless will play The Merry Men. Since wowing the judges on Britain's Got Talent, they have appeared in hit movies, performed at the Queen’s Diamond Jubilee concert, and danced at the opening ceremony for the London Paralympic Games.

The line-up is completed with the talent of comedy magician Phil Butler - who was awarded the Operational Service Medal in recognition of his service entertaining troops on the frontline in Afghanistan - as Silly Simon and ventriloquist Kieran Powell as Alan-a-Dale.

Robin Hood is produced by Crossroads Pantomimes, the world’s biggest pantomime producer, whose chief executive Michael Harrison said: "I am so delighted to be announcing such a brilliant line-up for Robin Hood in Nottingham this year.

"This is the biggest cast we’ve announced at the city centre venue since our producing partnership began in 2000, and we’re absolutely delighted to be supporting the re-opening season for the venue with such a large-scale and spectacular production."

Peter Ireson, venue director at the Theatre Royal, said: "We are absolutely thrilled with the breadth of talent this all-star cast will bring to Robin Hood, this show will certainly have many strings to its bow.

"After such a challenging year, it will be just the tonic we all need to forget our worries for a couple of hours, immersing ourselves in the silliness, glitz and glamour of panto. By bringing the legend of Robin Hood back to his rightful home, here in Nottingham, this production will aim to hit the bullseye of providing an unforgettable experience for all the family."