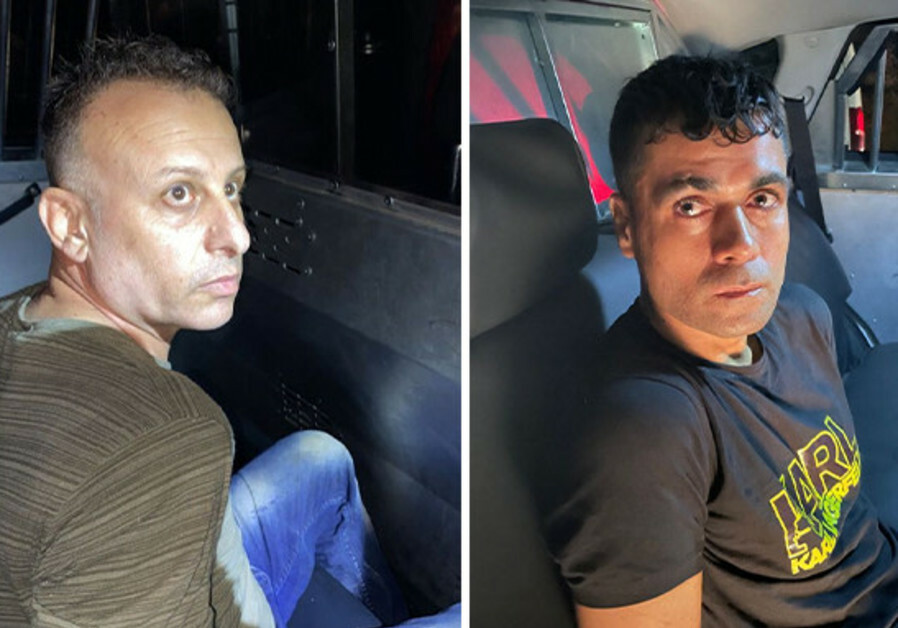 Manipulated photos of the captured Gilboa Prison fugitives were shared on the social media platforms of Palestinian news outlets on Saturday.

Yakoub Mohammed Qadri and Mohammed Ardah’s faces were “photoshopped” to appear as if they had a broad smile on their faces as they were captured by police officers in Nazareth late on Friday night.

Social media quickly caught on to the photos, which have been doctored for reasons that are unclear.

A Twitter account parodying the Mossad was the first to react, writing "Gaza media just FaceApp'ed a smile on the two re-captured Palestinian terrorists and we can't even."

Gaza media just FaceApp'ed a smile on the 2 recaptured Palestinian terrorists and we can't even. pic.twitter.com/b19iZVpyJV

The account went on to show the straightforward manner in which the photos were tampered with.

Another video clip making waves on Twitter made light of the photoshopped photos, instead using the app to make recaptured terrorist Mohammed Ardah sing along to “I Want to Break Free” by Queen.

This is doing the rounds. One of the fugitives caught last night. Sound on 🎵 #4down2togo pic.twitter.com/Z7M7ZUYstY

Israeli media speculated the photos were doctored to encourage the Palestinian public, who have suffered a blow to their morale after celebrating the prisoners’ escape throughout the week.