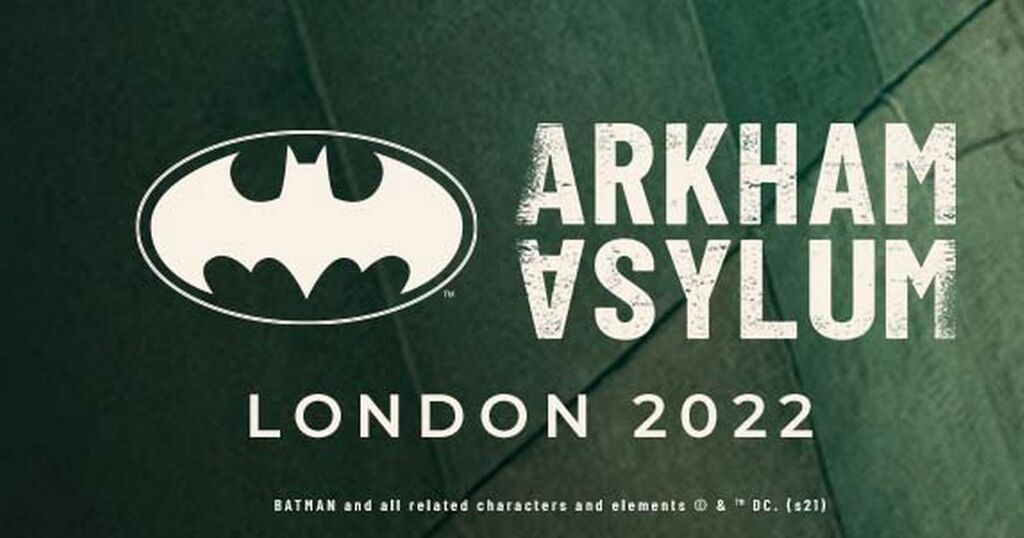 Department Studios, Inc., Myriad Entertainment, and Warner Bros. Themed Entertainment, in association with DC, have announced that they will be opening a groundbreaking live immersive experience - inspired by one of DC’s most iconic Super Heroes, Batman.

Opening next Autumn (2022) in London, Arkham Asylum will be set in a multi-sensory recreation of the psychiatric hospital from DC lore.

An early synopsis of the show reveals that the storyline revolves around the premise that Batman is missing and Gotham City is in tatters. Wanting to restore order through his pioneering treatments, ambitious psychiatrist Jeremiah Arkham has summoned the citizens of Gotham City by law to Arkham Asylum for psychological examination.

Starting as citizens of Gotham City, before later evolving into patients at the asylum, the audience are cast as the protagonists.

Not for the faint hearted, the event is registered as an 18+.

Throughout the show the audience will embark on their own journey to escape, interacting with iconic characters from the comic-books along the way - such as Scarecrow, Catwoman, Poison Ivy and many more.

According to Jessica Rees Middleton, CEO, Department Studios, Inc: “There is nowhere else in the world where you can experience Gotham City in this way.

"From the moment you buy a ticket, through the DC characters you’ll meet, and choices you will make - each guest will leave this spectacular experience transformed and eager to come back!"

There will also be a 24hr presale to anyone who registers via www.arkhamasylum.com.

When asked about the show, Simon Evans, Director, Arkham Asylum (Myriad Ent) said: "Myriad pursues great stories, and the trust Warner Bros. Themed Entertainment have put in us to write an original narrative, based on beloved DC characters, is an extraordinary privilege.

"This won’t just be an event; it’ll be a ground-breaking and nuanced piece of theatre: working with the best collaborators; attracting new audiences to live performance; building on the legacy by allowing fans to get closer than ever.

"We can’t wait to push at the boundaries of what’s possible with this type of work.”

The producers of the show will also be partnering with suicide prevention charity: Campaign Against Living Miserably (CALM).

The show will be raising awareness and fundraising for CALM’s life-saving services so that more people can be reached before the point of crisis.

For further information about CALM, please visit their website.

Full details and tickets for the show can be found at www.arkhamasylum.com