All eyes on I-T raids because of political links 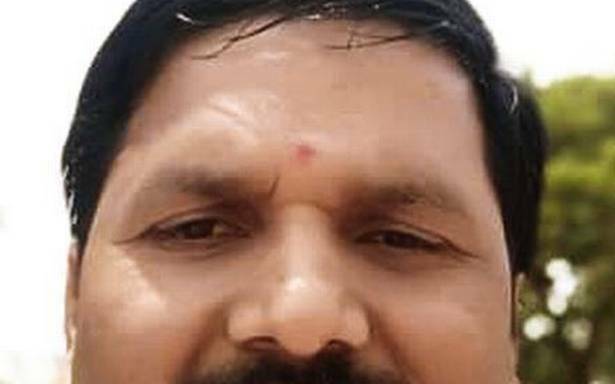 Income Tax searches on contractors executing public works is nothing new in the State, which has seen big searches in the past. However, what sets the search on Thursday apart is the apparent link it bears to a political family and its ramifications.

Similar searches were conducted during the tenure of former Chief Ministers Siddaramaiah and H.D. Kumaraswamy too, and those searches had exposed the modus operandi of money changing hands between contractor lobby and sections of politicians.

Bypolls: CM has the tricky task of taking all factions together

“Though a large number of contractors have been covered, the interest in Thursday’s I-T search seems to be revolving around the role of Umesh, a close aide of the former Chief Minister B.S. Yediyurappa. Contractors are a crucial part of the chain to reach him,” a top official in the State administration analysed.

It is learnt that Mr. Umesh refused to sign the mahazar report at the end of the search on Thursday evening.

Sources in the Public Works Department aware of the developments said that all works above ₹25 crore were being scrutinised by the Income Tax Department for possible evasion and to ascertain the modus operandi of money changing hands. Some contracts that were being scrutinised were also in the Rural Development and Panchayat Raj Department, and tenders or contracts that had been awarded through informal channels in the department. “Big contracts are approved by the Irrigation Board chaired by the Chief Minister,” said a source.

I-T search on aide of BSY family sets off speculation

It is learnt that apart from nearly half a dozen big contractors and several other small contractors, the searches were conducted on the premises of those who supply construction materials such as cement and steel in which Mr. Umesh has had business interest. Sources said that at least two of the prominent contractors executing huge works are from Andhra Pradesh while many companies are based in Bengaluru and north Karnataka region.

Despite efforts to seek an official reaction, Income Tax officials remained tight-lipped about the nature of the search operation and the nature of documents or properties that had been confiscated.

Don’t give political hue to IT raid, says Somanna

A long-time aide of BSY

BJP sources said the camp opposed to Mr. Yediyurappa had red flagged the activities of Mr. Umesh, who was allegedly interfering in administrative decisions in Irrigation and Public Works Department. BMTC sources said Mr. Umesh’s gross salary was around ₹32,000 a month.