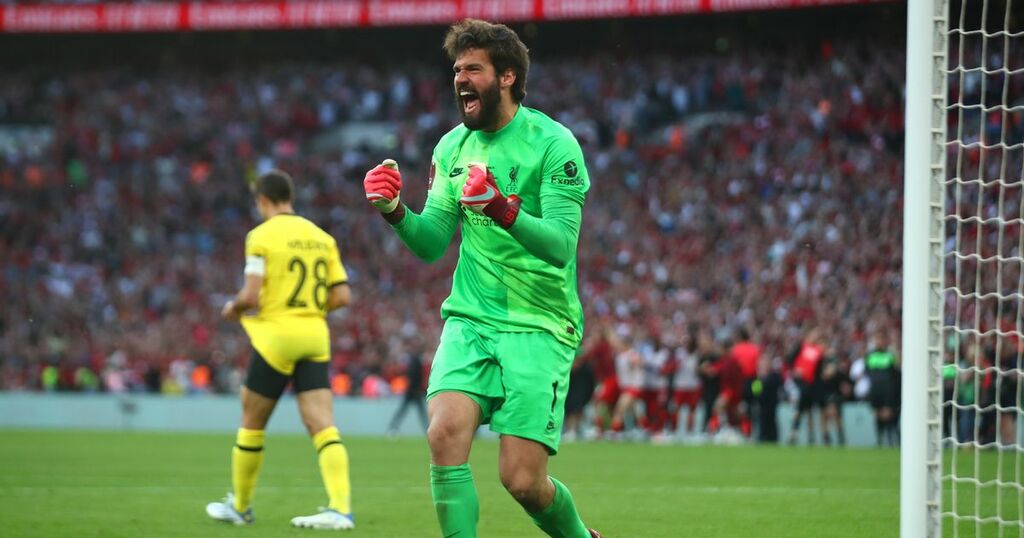 Football London
One subscription that gives you access to news from hundreds of sites
Chelsea vs Liverpool: Repeat of Kepa penalty shootout plan in FA Cup final not ruled out by Thomas Tuchel

Thomas Tuchel has refused to rule out bringing Kepa Arrizabalaga on for the penalty shootout, if Chelsea’s FA Cup final…

Alisson hand-delivered the ball to each Liverpool penalty taker to stop Edouard Mendy from playing mind games during the FA Cup final shootout.

The Reds won their first FA Cup final in 16 years following a dramatic victory against Chelsea. The game went to penalties after neither side managed to break the deadlock inside 120 minutes, despite there being nearly 30 shots on goal at Wembley.

Alisson was one of Liverpool's many heroes, producing a brilliant save to deny Mason Mount's spot kick. That allowed Kostas Tsimikas to score the winning penalty, an opportunity he didn't waste. That resulted in a 6-5 shootout victory for Jurgen Klopp's side.

As well as produce an excellent save, Alisson also stopped Mendy from playing mind games. The Chelsea goalkeeper kept interfering with penalties during Senegal's shootout victory against Egypt in February's Africa Cup of Nations final.

The Brazilian was determined not to let that happen and scooped up the ball after every Chelsea spot kick, handing it straight to his Liverpool team-mates. It proved to be a wise decision, as only Sadio Mane - Mendy's international team-mate - missed his penalty.

Is Alisson the best goalkeeper in the world? Let us know in the comments below!

Alisson could win even more silverware before the season is finished. Liverpool are just three points behind leaders Manchester City in the Premier League title race and will face Real Madrid in the Champions League final in Paris on May 28.

"It's amazing, we did such a good performance," Alisson told the BBC at full-time. "It was a shame we didn't score. It was a proper fight, we kept a clean sheet, and then afterwards the boys were unbelievable scoring the goals. I just had to save the last one.

"I am so happy. Myself and also Mendy did amazing saves. I couldn't have done the saves without the help of the team. They work well and make it easier for me."

"This gives us more confidence in the Premier League and also the Champions League final. It's a fantastic moment now, we just need to enjoy"

Speaking to BBC Two, manager Klopp added: "In the penalty shootout, it was nerve-racking, my nails are gone but I really feel for Chelsea... we are mentality monsters but there were mentality monsters in blue as well – it was one penalty. Chelsea played outstanding but in the end there must be one winner and that was us today."

Football London
One subscription that gives you access to news from hundreds of sites
Chelsea vs Liverpool: Repeat of Kepa penalty shootout plan in FA Cup final not ruled out by Thomas Tuchel

Thomas Tuchel has refused to rule out bringing Kepa Arrizabalaga on for the penalty shootout, if Chelsea’s FA Cup final…