By Coco Liu and Zheping Huang

Few paid much attention when she first turned up at the center of Alibaba Group Holding Ltd.’s packed cafeteria on Friday, a stack of leaflets in one hand and a megaphone in the other.

It had been more than a week since she accused her boss of sexual assault, and she was losing patience.

“An Alibaba executive raped his female employee, but the company has taken no action!” she screamed, handing out the leaflets to stunned colleagues until security guards forcibly removed her. “No one is taking responsibility!”

The allegations she printed on those pages, and in a lengthy post over the weekend that went viral on China’s tightly controlled internet, are now reverberating across the upper echelons of Alibaba and in C-suites across much of the country. The accused Alibaba manager has been fired, two senior executives at the e-commerce giant have resigned and Chief Executive Officer Daniel Zhang has issued a remarkable mea culpa, calling the company’s handling of the incident a “humiliation.”

In a nation that’s been slow to absorb lessons from the global #MeToo movement, the episode has triggered what many say is a long overdue examination of the ways Chinese women are too often treated at work: overlooked, objectified, forced to take part in male-dominated rituals like drinking with clients, and brushed aside when reporting abuse. It comes at a time when much of China’s corporate world, particularly the tech industry, is under intense government scrutiny on issues ranging from anti-monopoly violations to the treatment of low-wage workers.

“This weekend will remain in our memories forever,” Zhang wrote in a pre-dawn memo on Monday to employees of Alibaba, China’s second-largest company by market value. “Behind everyone’s deep concern about the incident was not just sympathy and care for the traumatized colleague but also tremendous sadness for the challenges in Alibaba’s culture.”

The scene in Alibaba’s cafeteria, captured on video and corroborated by employees who asked to remain anonymous, is just one part of the accuser’s harrowing story. Much of the account below comes from descriptions of events she posted on Alibaba’s internal employee forum on Saturday. Known publicly only by the nickname she -- like most other Alibaba employees -- adopted after joining the company, “Xinyue” couldn’t be reached for comment. Nor could the manager she accused.Representatives for Alibaba, which hasn’t addressed many of the specifics of Xinyue’s allegations, echoed many of Zhang’s conclusions in a statement provided to Bloomberg News. Zhang has said the accused manager confessed to “intimate acts” with Xinyue while she was inebriated and that the company is cooperating with local police. A police official in Jinan, the eastern Chinese city where the assault is alleged to have happened, said they couldn’t comment on the investigation when contacted by Bloomberg.

“We are incredibly disappointed with the shortcomings in action by the relevant team leaders who were first notified about this incident,” the company said in a statement. “They did not make timely decisions nor took appropriate actions such as escalation. Their lack of empathy, care and sense of responsibility is unacceptable.”

The following account of the alleged assault is largely based on Xinyue’s post. Alibaba has corroborated several key points and elaborated on others.

Xinyue was reluctant when her boss broached the idea of a trip to see a client in Jinan. She repeatedly tried to beg off, citing a typhoon raging through Hangzhou and how she could stay in email contact with the customer. But her boss insisted.

After a day of meetings on July 27, Xinyue’s manager -- as is customary in China –- invited the clients they were visiting to dinner. Her boss told the guests she was good at drinking and offered her alcohol. As a junior employee, she felt compelled to accept. She became drunk and at one point during the dinner was groped by a client who has since been fired by his employer.

The next morning, Xinyue said, she woke with a hangover in her hotel room and grew alarmed when she noticed signs of rape, including an opened condom package. She called her boss but he wasn’t forthcoming. She then called her husband and the police.

According to Xinyue, she watched hotel CCTV footage with the police that showed her boss entering her hotel room four times during the night after getting a key card made at the front desk. The manager was summoned to the local police station that afternoon and briefly detained. He denied wrongdoing.

Xinyue said she spent the next few days on the verge of an emotional breakdown. She tried to cut her wrist with a piece of broken glass but her husband -- who had joined her by this time in Jinan -- stopped her. All the while, her supervisor continued to work as usual.

On Aug. 2, Xinyue said, the couple returned to Alibaba’s hometown of Hangzhou and she reported the case to other managers. She contacted two executives and a human resources manager within her business unit via group chat, but none of them responded in the chat. She then direct messaged them separately.

Eventually, her boss’s manager offered to talk. During the conversation, he stressed several points: what happened was business-related, this job is easier for men than women, and you can’t secure clients if you don’t drink.

That evening, she met with the HR leader and the manager again, demanding her boss be fired. She also requested a long paid leave. They told her to wait three days.

(According to Alibaba, the company set up a task force around this time to handle the matter. The task force decided to refrain from taking action until the police investigation could be completed and allowed Xinyue’s boss to continue working. It was “a major misjudgment that displayed a lack of empathy,” Jiang Fang, the female Alibaba partner who was later appointed to head up an investigation, wrote on the company’s internal forum.)On Aug. 5, according to Xinyue, she and her husband met again with the HR leader and her boss’s manager. They told the couple Alibaba had decided not to terminate her boss, for the sake of her reputation. She again insisted her boss should be fired. The Alibaba managers agreed to do so within a day, according to her account.

The next day, the HR leader and the manager informed Xinyue they couldn’t fire her boss after all. Instead, they asked the couple to provide video evidence of excessive drinking.

Xinyue decided to escalate the matter to Li Yonghe, the newly appointed head of the high-profile local services division where she worked, and Xu Kun, the overseer of HR within the group. Xu called her and delivered two messages during a subsequent 19-minute chat: stay calm, and we can’t fire your manager. Li read Xinyue’s messages but didn’t respond (Alibaba’s CEO Zhang confirmed this point in his subsequent memo to employees).

Later that day, Xinyue printed out her pamphlets and brought a megaphone to the staff canteen. “I had my back to the wall,” she wrote later on the forum. “If civilized manners solve nothing, then I can only deal with it like this.” (According to Jiang, the female Alibaba partner, Xinyue’s appearance in the cafeteria was what first alerted the company’s senior management to her allegations.)

On Saturday, Xinyue posted her 8,000-character account of the entire ordeal to Alibaba’s internal forum. Her post leaked to social media, where it quickly went viral.

Local media began asking questions and picking up the story as the topic started trending on Weibo, China’s equivalent of Twitter. Xinyue’s post was replicated on scores of websites and reposted on dozens of social media platforms, with views soaring rapidly into the hundreds of millions.

That triggered a chain of events in the executive suite. On Sunday, Alibaba’s CEO Zhang issued a memo saying he was “shocked, furious and ashamed.” And a day later, before dawn, he announced Xinyue’s manager had been dismissed and that Li and Xu had resigned. Li and Xu couldn’t be reached for comment.

“As for our colleague Xinyue, this incident has caused tremendous harm to her,” Zhang wrote. “We will do everything we can to take care of her.”

As Xinyue and Alibaba await results of the police investigation, one question looming over all of China Inc. is how far this episode will spread the #MeToo-like reckoning.

There are some tentative signs of broader change afoot. The People’s Daily, a mouthpiece for China’s ruling Communist Party, has highlighted the incident as an example of why companies must pay more attention to culture the larger they grow. The Party’s anti-graft watchdog called for curbs on “under the table rules” like forced drinking and workplace bullying in a Tuesday commentary on the Alibaba incident.

“What we have seen from the #MeToo movement is that this comes in waves,” said Pocket Sun, co-founder of SoGal Ventures, which invests in female entrepreneurs. “More brave women stand up for themselves for what happened in the past that they didn’t have an opportunity to expose. I hope this is a beginning of more women to stand up against this.”

On Monday, one of the top trending items on Alibaba-backed Weibo, with more than 800 million views, was an online declaration from about 6,000 Alibaba staffers that they were banding together to protest and overhaul “systemic inadequacies and a lack of protection for female employees.”

Representatives from the group have joined the company’s task force handling the incident, and have promised to keep everyone posted on their progress, according to several employees who asked to remain anonymous. They named their support group “Brave Calf,” a nod to the cartoon cow Xinyue adopted as her avatar on Alibaba’s DingTalk work app.“I’ll fight till the end!” Xinyue wrote in her post on Saturday. “Never surrender!” 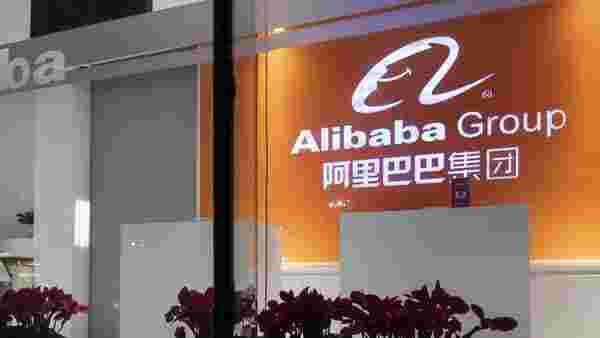 China’s largest e-commerce company, Alibaba, says it has fired a manager accused of sexually assaulting a female employee during a…