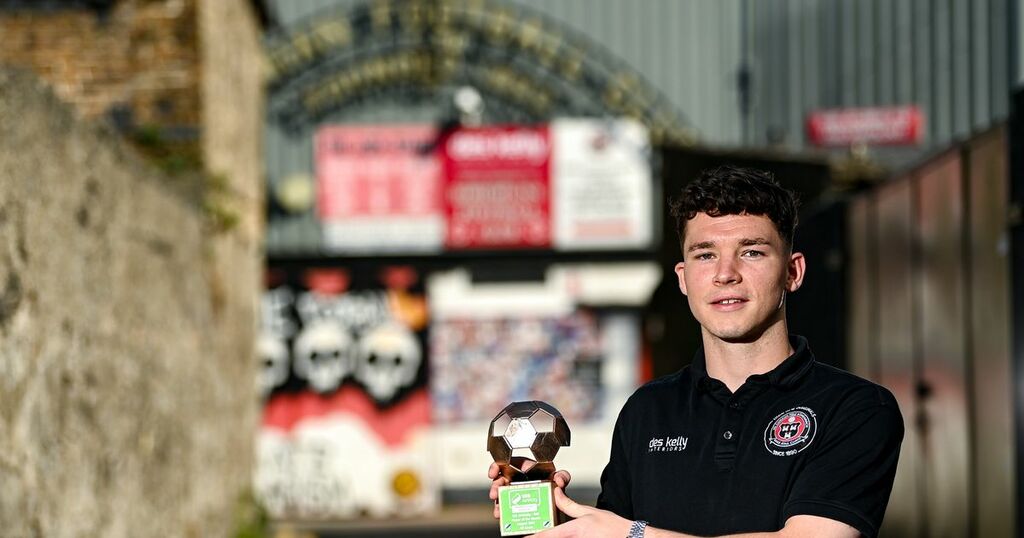 Ali Coote has revealed that he will be staying with Bohemians for next season.

The news is a huge boost to the Gypsies who are also poised to announce details of their other contract extensions in the coming days.

Coote has been a revelation for Bohs this season and was yesterday crowned SSE / Soccer Writers Ireland ‘Player of the Month for August’.

But Coote was a key figure in Bohs' march through three European rounds, scoring both goals in the famous win over Greek giants PAOK at Aviva Stadium.

Coote, 23, arrived from Waterford over the close season having had a difficult spell at Brentford before that having switched from Dundee United.

But he revealed that a new contract has been agreed with Bohs and said: “I’ve recently extended my stay (for next season). I’m enjoying it here and I just want to keep it going.

“I’d say it was quite a straightforward decision to be honest. This is the most I’ve enjoyed my football in many a year.

“I would have been stupid not to take them up on the offer. They’ve got a great set-up here, the club is moving in the right direction and I’m just happy to be a part of it.

“I just wanted to come and find a place where I’d enjoy my football. When I’m enjoying my football, the performances will come so that’s how it’s been this year.

“I had good and bad times in Scotland, mainly bad in England and so far pretty much good over here. I'm just enjoying my football.”

Coote continued: “I played first-team football in Scotland but lost my way a little bit down in England and things didn't really go to plan, or how I would have liked them to.

“My thinking coming to Ireland was to put myself out there and play first-team football again and show people what I can do and so far I have been able to do that.”

Fifth-placed Bohs are five points off third place which guarantees a European finish, although they could secure that through the FAI Cup having reached the quarter-finals.

But the Gypsies are also just six points off the relegation play-off spot, although they have two games in hand on Dundalk and as many as four on other teams.

They travel to Drogheda tomorrow and Coote said: “Our plan is to win as much as we can and we'll see where we are at the end of the season.”