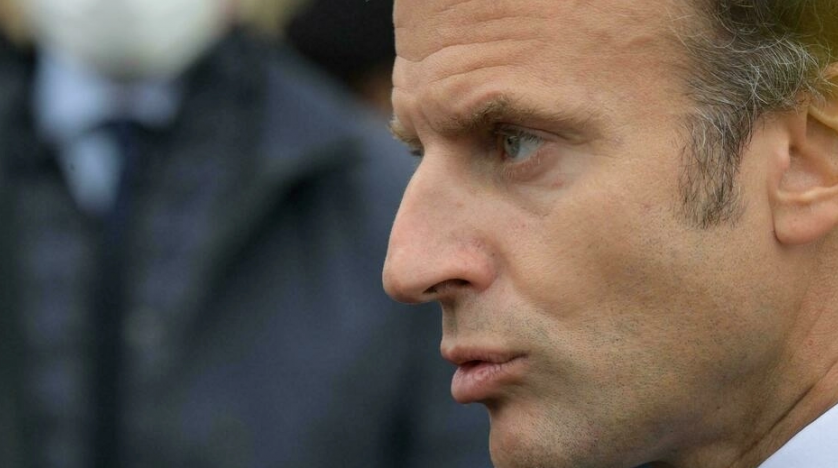 As ties with France deteriorate, many in Algeria blame electioneering by President Emmanuel Macron, but analysts say he is also disappointed that his overtures to the former colony failed.

Algeria over the weekend recalled its ambassador from Paris and banned French military planes from its airspace, which France regularly uses to reach its forces battling militants in the Sahel region.

That came after a bitter row over visas, followed by media reports that Macron had told descendants of Algeria's war of independence that the North African country was ruled by a "political-military system" that had "totally re-written" its history, AFP reported.

"To do this, he is taking the foolish risk of getting lost in issues of extreme sensitivity, such as French colonization in Algeria (in order) to win over part of the right and the extreme right."

Hassen Kacimi, an Algerian expert on migration, told AFP that "politics in France is caught up in election campaigning, Macron included".

"The atmosphere is dominated by far-right discourse" ahead of the April polls, he said.

"Relations between France and Algeria have never left the racist prism of colonist/colonizer which has always treated Algeria with condescension and mistrust."

Many Algerians on social media agreed, accusing Macron of using Algeria to undercut extreme-right rivals such as pundit Eric Zemmour.

But for Geneva-based expert Hasni Abidi, Macron's comments also reflect his "disappointment" at Algeria's unenthusiastic response to attempts to turn the page on France's past in Algeria, which it occupied from 1830 until 1962.

Macron is first French president to be born after the end of Algeria's eight-year war of independence.

He has made several overtures to the country, including repatriating the skulls of decapitated Algerian resistance fighters, admitting colonial authorities' use of torture and even, in his 2017 election campaign, calling the occupation a "crime against humanity".

Last year he tasked experts with drafting a report aimed at forging "reconciliation", with historian Benjamin Stora recommending that "symbolic acts" be taken.

But the presidency later said there was "no question of showing repentance" or apologizing for France's colonial past.

Algeria slammed the report as lacking objectivity, saying it contained "no official recognition by France of war crimes and crimes against humanity it carried out during the 130 years it occupied Algeria".

The report was "meant to ease ties, but in the end contributed to a rise in tensions," Abidi said.

Macron's latest comments, he said, would "anger not just the Algerian authorities but also many Algerians".

The country's powerful Organisation of Moudjahidine, which supports those who fought for the country's independence, said Monday it was "time to review Algerian-French relations".

It said doing so was a matter of "national responsibility", in a statement carried by the APS news agency.

Many in the Algerian press have warned that ties with France could worsen.

Daily newspaper Liberte said relations between Paris and Algiers had "never seen such a deterioration, despite regular episodes of turbulence", it said.

Abdelaziz Rahabi, an Algerian ex-minister and former diplomat, said Macron had "seen Algeria as a client and security partner" for the first four years of his mandate but was now treating it as a "scarecrow".

Abderrahim argued however that Macron's comments make some sense.

"He said out loud what Algerians have been saying for years now, especially since the Hirak (pro-democracy movement)," he said, referring to mass pro-democracy protests that rocked Algeria in early 2019 and forced the resignation of longtime strongman Abdelaziz Bouteflika.

The official Algerian response to Macron's comments amounts to "a new attempt by the regime to play on nationalist feelings," he said.