At Imola, Valtteri Bottas had a fire in Friday qualifying and missed the whole of Saturday's FP2 session while his chassis was replaced and in Florida the Finn had a big crash in FP1 and again skipped FP2 as there was no time to repair the car.

Despite the obvious compromises, Bottas finished fifth at Imola and was heading for the same position in Miami when he ran wide, touched the wall and allowed both Mercedes drivers to pass him.

Vasseur is hoping that in Barcelona the team doesn't have to face another major repair job and can get some decent track time with its new updates to the C42.

"I would love to have a more easy weekend," Vasseur told Motorsport.com. "Something very calm with good sessions.

"Honestly, I think that it's so tight, that nobody can say that we are P4, P5, P6. We just have to be focused on our job, to continue to develop the car, we will have a big update next week in Barcelona, the next race.

Asked about the package, he added: "For sure the floor is key into the performance. And I think everybody's working a lot on this. But you will see on Thursday with the FIA declaration, it's not just the floor."

Alfa Romeo technical director Xevi Pujolar is expecting performance gains from the updates but  acknowledged that rivals will also bring developments to Barcelona.

"I will not go into details but there is more performance, overall, so we'll see," the Spaniard said of the new parts. "And we'll have to see what our competitors bring, probably quite a lot of updates will get brought to Barcelona.

"Now everyone will bring updates, but I can't say we are in a more comfortable position because we have got an advantage to them, now it will be a case of who brings the bigger, more efficient updates.

"At one point it will probably become difficult. You can expect teams like Mercedes, McLaren to make bigger steps – we have to see. At the end of the day, with the budget cap, it should be the same as everyone. There are also other factors, other things can happen."

Pujolar believes that Alfa can take on Mercedes in individual races, but acknowledges that over the season its focus is on beating its more consistent rivals.

"For us, coming to [Miami] we were mainly focusing on McLaren, Alpine and AlphaTauri. But obviously, if we don't expose ourselves to those three competitors then Mercedes is our target, we are happy to fight Mercedes on top of that as well.

"For the championship, our realistic targets are Alpine, AlphaTauri and McLaren."

Asked about the target for Barcelona, he said: "The same as the first five races, to be fighting with everyone. We've shown decent performance at all the tracks, and I think we'll be at the top of the midfield again, with both cars." 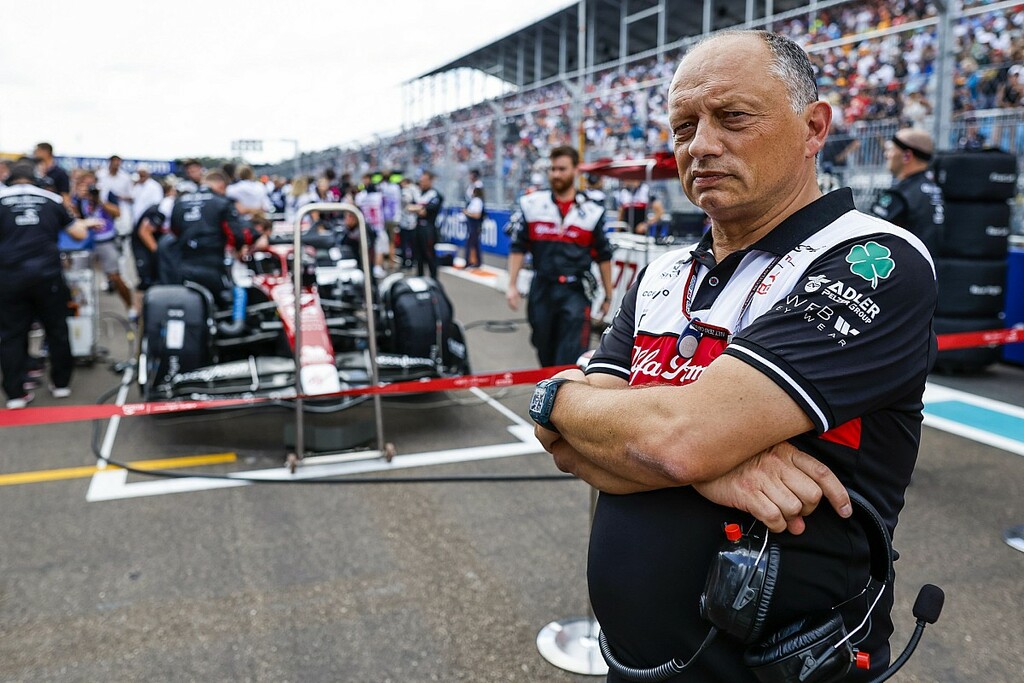