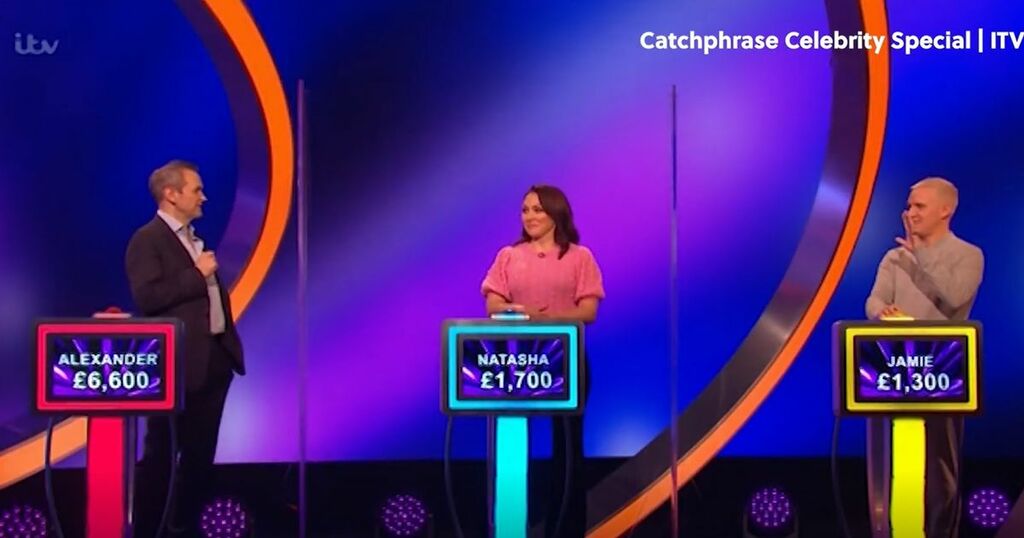 Alexander Armstrong bent the rules slightly as he appeared on ITV's Celebrity Catchphrase.

He took part in the game, hosted by Stephen Mulhern, alongside celebrities Natasha Hamilton, from Atomic Kitten, and Jamie Laing, from Made in Chelsea.

While on the show, he kept in mind that any winnings would be going to charity as he broke the rules and helped his fellow contestants out.

A picture of a knight in shining armour blowing his nose, with a thermometer danced about the screen.

Jamie guessed the catchphrase incorrectly and then Natasha buzzed in to try and answer but then froze, clearly unsure.

She gigged slightly before repeating the answer that Alexander had given her.

Simon Mulhern said: "Do you know what the weirdest thing is? I could have sworn... First of all it was like you were doing ventriloquism and it came out like Alexander's voice."

She replied: "I didn't hear that."

The host continued: "Bizarrely, you've got it absolutely correct!" as she cheered and her charity total increased.

Fans at home were delighted with Alexander's helpful actions as they shared their thoughts on Twitter.

Becky said: "Loving Alexander Armstrong helping the others get more money for their charities #catchphrase"