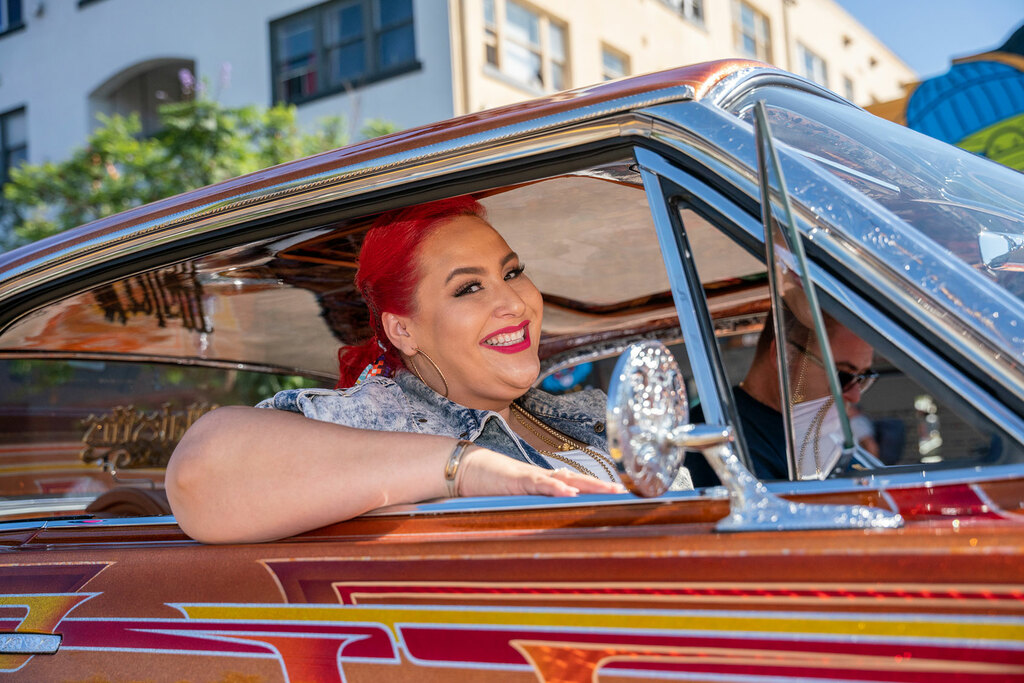 From tacos to sopes, a border food tour
"One thing we can all agree on is the incredible deliciousness and nostalgia of food," the Discovery+ host says

Salon
Read news from The Economist, FT, Bloomberg and more, with one subscription
Learn More
Arts and culture have been all but overlooked this election – but the Greens have a big-picture plan

The past term of government has been tough for arts and culture in Australia. Culture was among the worst affected…

The perfect platform for your summer sneaker rotation.

Salon
From analysis to good news, read the world’s best news in one place
Jordan Peterson’s awful Yumi Nu tweet got him chased off of Twitter

Turns out the free market of ideas can be tough to swallow.

Decades of disrepair reversed at Marble Hill, home built on the Thames for king’s mistress and court society figure

Alex Garland has never shied away from unusual endings. His 2018 sci-fi film, Annihilation, adapted a mind-bending best seller and put a poetic spin on its final showdown, in which Natalie Portman performs a balletic fight with an alien copy of herself. Then he made the TV show Devs, an inscrutable tech thriller whose conclusion unfolded over multiple parallel universes. So it’s quite telling that the writer-director seems nervous about the last act of his new horror film, Men, which will be released in theaters next week. “Sometimes I think, Oh God, I dug myself in some weird conceit hole,” Garland told me. But he added that, as a storyteller, he felt an obligation to push boundaries: “I get scared of not taking the chance that someone else is giving you, you know?”

Garland kept returning to that notion in our interview: that getting to make a movie is a “privilege” and an opportunity to be daring, even if the result ends up alienating some viewers. “I sometimes think there’s huge pressure in filmmaking, from all sorts of areas, to be very conservative. You want to appeal to as big an audience as possible, so you limit the kind of risks you take,” he said. “And that seems like a shame. So, in a way, if I see a big swing, I’m very minded just to immediately take it.” Which helps explain the complicated nature of his latest film for A24.

Given the tense trailers and Garland’s filmography, audiences may well walk into Men expecting a small horror piece. But the illusion of intimacy is deceptive. The film follows Harper (played by Jessie Buckley), a woman who’s retreated to an English countryside home after the death of her husband (played in flashbacks by Paapa Essiedu). Her host is a goofily awkward toff named Geoffrey (Rory Kinnear), who shows her around the house making jokey small talk. But over the course of her stay she encounters various other characters, including a policeman, a bartender, a vicar, a foul-mouthed child, and a mysterious leaf-covered monster who keeps stalking her, all played by Kinnear. What initially seems like a simple tale of Harper trying to overcome trauma while being besieged by strange forces turns into something even more enigmatic.

These evil forces have motivations that are cryptic in ways that may frustrate viewers—and Garland seems to know that. He wrote his first draft of the film about 15 years ago, between scripting the Danny Boyle sci-fi epic Sunshine and Mark Romanek’s adaptation of the novel Never Let Me Go. At the time, Garland was still known only as a novelist and screenwriter; his directorial debut with the acclaimed Ex Machina came in 2014. He was originally envisioning Men as more of a straightforward horror movie centered on the story’s most frightening creation, the Green Man. The folkloric figure can be spotted in ancient architecture in many parts of the world, and its meaning is often obscure. “There’s a lot of speculation about what they represent. Like maybe rebirth, or spring, or maybe they’re connected to things like the Green Knight,” Garland said. “All you really know is that it’s old … and there’s something fundamentally unknown about it.”

Eventually, he pushed the Green Man further into the background, and started thinking about the idea of one actor playing all of the male roles, and making that the central mystery of the plot. He became excited by the interpretive possibilities. “What does that [casting imply]? What question is raised?” Garland asked. “Because the film, and the protagonist, never comments on it. She never even notices it.” It’s the best and most unsettling element of the entire movie. Like anyone who’s seen the trailers, I knew about Kinnear’s casting, but the longer his omnipresence went unaddressed within the film, the more I obsessed over what was going on. “Is it that all these men are the same and she fails to notice that?” Garland said. “Or is it that she sees all men as the same, even though they’re actually different? And those questions are incredibly similar in their wording, but they’ve got very different implications. That was exactly the sort of question that I wanted to float without answering.”

That intentional obscurity might baffle audiences, and in Men, intrigue often curdles into fear. As the creepy events around Harper grow more malevolent, easy explanations are scarce, but the film is littered with symbolism beyond its central casting, giving viewers plenty to gnaw on during repeat viewings. I was reminded most of Darren Aronofsky’s Mother! or Luca Guadagnino’s Suspiria—polarizing art-horror films that stayed with me for months after viewing because of what was left unanswered.

Men would likely drown in its own weirdness were it not for its dynamic leads. Kinnear, one of Britain’s most talented theater actors, has given compelling performances in films such as Mike Leigh’s Peterloo (and played a minor role in several James Bond films). “When I first thought about it, I was thinking about [someone like] Alec Guinness, Peter Sellers, Steve Coogan—people who I’d seen [play multiple roles on-screen],” Garland said. “But Rory just felt like the strongest choice … I knew he wouldn’t do each of the characters as card tricks. He’d give them something truthful.”

Some of the figures, like the vicar and Geoffrey the landlord, are parodic “Little Englanders,” characters who present as polite while belying hidden darkness. Others, like the Green Man or the little boy, are more straightforwardly threatening. “What [Kinnear] did was do something incredibly grounded and naturalistic and with a very understated menace,” Garland said. While Kinnear shifts among personalities, Buckley plays someone under near-constant siege, wrestling both with the pain of her past and the chaos of her present. Garland wanted actors who had ideas about their characters that he wouldn’t have come up with on his own. “And when I met Jessie, she said a whole bunch of things about Harper that would not have occurred to me,” he said.

Most discussion about Men will likely revolve around its ending, which, while quite gnarly, does flout horror conventions (mild spoiler ahead). “Some people really hate it. The things that some people want or need within these moments are really fascinating. The reason they find it unsatisfying or other people find it satisfying … I could fucking go on about that for ages,” Garland said. “By the end of the film, what is notionally the monster is at its most disempowered and its most pathetic and its most hopeless.”

That reversal is Men’s most compelling idea, even more so than how it deploys Kinnear. Garland expressed enthusiasm but also some anxiety that he was trying too hard to challenge the horror genre with his finale. “It’s all very well doing it on paper. But then when you’re cutting it and shooting it, but particularly editing it, you’re presented with a problem … at the point you want the monster to be most dangerous, it’s at its least dangerous,” he said. “But that’s the thing about taking big swings.”