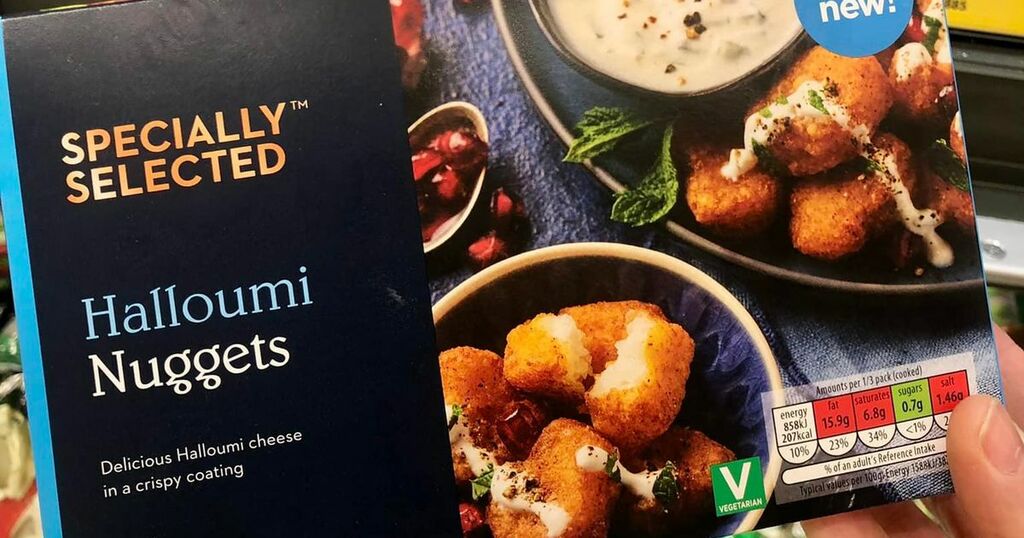 Shoppers at Aldi have been raving about a new product they have been describing as "absolutely lush."

It's usually items from the iconic SpecialBuy's range which get shoppers hyped, but this time the supermarket has managed to whip shoppers into a frenzy with some halloumi.

The budget supermarket has launched new Halloumi Nuggets for just £2.49 as part of their Specially Selected range and shoppers can't wait to try them.

Aldi's much-loved Specially Selected range is crafted from people who are passionate about food and aims to bring gastro dining to customers homes.

The mouth-watering nuggets are described as "delicious halloumi cheese wrapped in a crispy coating" and they sound like any cheese lovers dream!

One savvy shopper found the delicious new nuggets in their local Aldi store and shared a snap on of the find on the popular Facebook group, Extreme Couponing and Bargains UK.

The Facebook group is popular among shoppers who tend to share the latest bargain buys they can find in stores across the UK.

The post was captioned: "NEW Halloumi Nuggets £2.49 at ALDI" and shoppers have flocked to the comments section with enthusiastic comments.

Since the snap was shared less than a day ago nearly 4,000 shoppers have taken the time to comment on the delicious new nuggets.

"Had these this evening, they were very nice x" commented one happy shopper.

"This can b me weekend treat x" commented another happy shopper.

While a third commented: "We’ve been buying them they lush x."

A fourth shopper followed with: "have you ever seen something so beautiful."

A fifth shopper said that the new nuggets were "for the halloumi obsessives!"

While the new halloumi nuggets have certainly got most shoppers taste buds tingling, a few did advise others that they may need some water on hand.

One shopper advised: "Nice but salty keep a litre off water handy."

A second shopper also said that they "They are lovely but found them a little salty x."