Albon arrived in Spain looking to continue his excellent recent form for Williams that had seen him score three points in the previous three races, finishing ninth in Miami two weeks earlier.

But after dropping out in Q1 on Saturday, Albon endured a difficult race on Sunday as he made four pit stops and failed to beat team-mate Nicholas Latifi, coming home as the last classified finisher in 18th place.

Albon was hindered by the high track temperatures at the Circuit de Barcelona-Catalunya that spiralled to over 50ºC on Sunday, with the air temperature sitting at 34ºC for the start.

Albon called his race "really strange", revealing he was already struggling with tyre degradation during the reconnaissance laps to the grid ahead of the race.

"It was the same in the race," Albon explained.

"It was a four-stop, we could have done a five or a six-stop, and it would've only been a bit quicker. There was just incredible degradation, I think I was 20km/h slower than everyone else in Turn 3 and Turn 9, and just struggling out there.

"We're not normally that bad. I think there was something [on the car], I think we need to check because I don't think it was normal. We'll have a look."

Asked if it was hard to keep the tyres in the right window to be able to properly push the car, Albon said he "couldn't drive slow enough".

"I was driving as slow as I could and the tyres were still going off, and not just a little bit," Albon said.

"I was driving my first three laps 2.5-3 seconds slower than I would do normally, and still degrading massively. I was losing seconds straight away after the first lap.

Albon said tyre management had not been a particular weak point for Williams so far this year, nor had performing in the heat, as proven by his run to ninth in Miami earlier this month.

"Our pace has been pretty good this year," Albon said.

"I think there was an actual issue with the car. I don't know if it was debris or something, but we'll have a look at it." 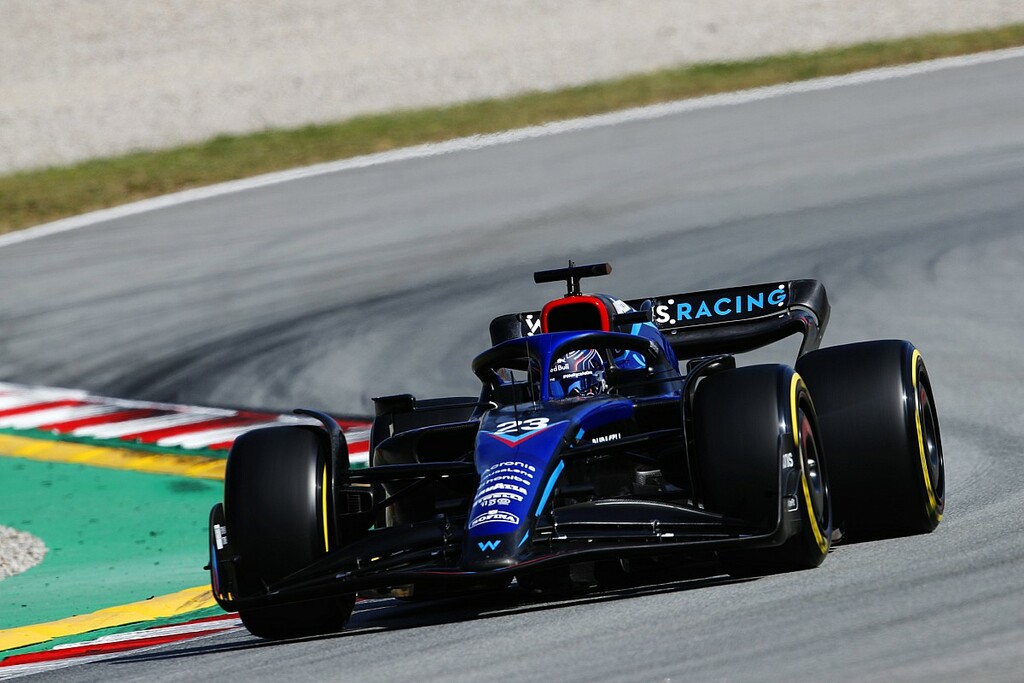