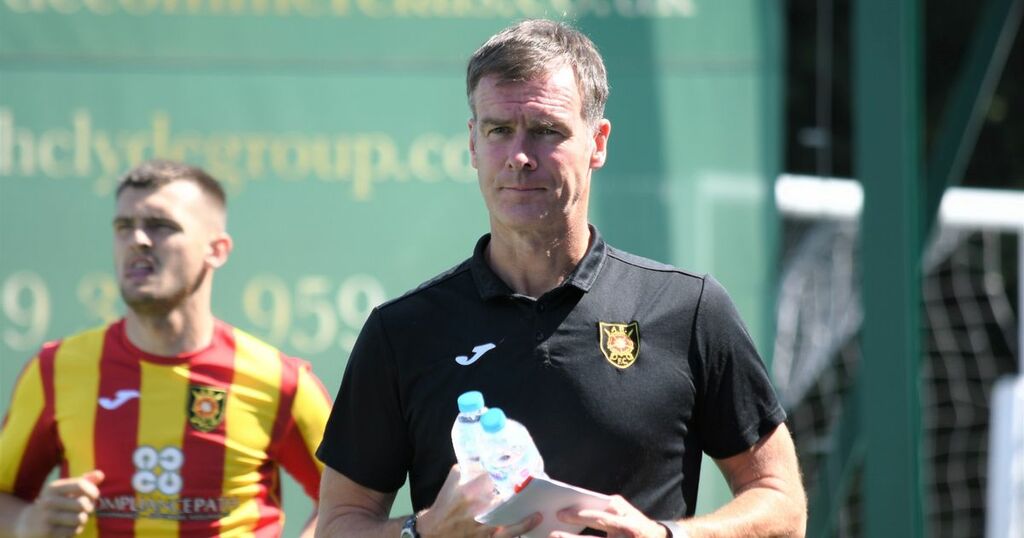 Albion Rovers boss Brian Reid has challenged his players to find their confidence and consistency again after a run of three straight defeats in League Two.

The Cliftonhill side lost narrowly to Stranraer on Saturday, with Paul Woods’ first half strike the difference in a 1-0 defeat at Stair Park.

It leaves Rovers eighth in the table and just a point off the bottom at the end of the first quarter.

And while Reid admits it’s hard to put his finger on the cause of their “mini-slump”, he wants his side to believe in themselves again to get them climbing back up the table.

He said: “That’s three games in a row we’ve lost now and we’ve not played particularly well in them either, having had a couple of wins in a row before that.

“We are in a bit of a slump at the moment and it’s hard to explain because we were playing well, had a good energy about us, we were creating chances, working hard - but now it looks like we are not playing with much confidence.

“Obviously, the first game of this run was against Kelty and they are a decent team, but I still thought we played reasonably well in that game and created chances.

“But the last couple, we haven’t done that and we need to get out of this mini slump.

“On Saturday we lost a poor goal from our point of view and didn’t create much.

“These are the games you need to try and grind something out, even a 0-0 draw.

“And it could have ended up that way because [goalkeeper] Cammy Binnie has not had much to do.

“But they had one real chance and they scored from it.”

Rovers have lost six games from nine so far, having started the campaign with a win over Edinburgh City and a draw with Stenhousemuir.

Their last league win came on September 11 when they edged past Cowdenbeath 2-1 at home and they now find themselves seven points off the promotion play-off spots.

“We just need to make sure we get on the training ground and get going again. We need to get a bit of consistency, make ourselves hard to beat and start creating chances again.

“We’ve done it before, we just need to get back to doing that.”

Rovers take a break from league action this week to play their round two clash in the SPFL Trust Trophy at Cove Rangers on Saturday.