Labor’s successful bid for government – only its fifth victory from opposition since the first world war – was based on an experiment that no one could have known would work.

It was a small-target strategy of a kind that has never seen Labor come from opposition to government at an election in the federal sphere. It offered a low-key campaign, led by a man with 25 years of parliamentary experience. But no one would see Anthony Albanese as a charismatic figure in the mould of Gough Whitlam, Bob Hawke or Kevin Rudd.

That might offer Albanese and Labor opportunities. It has raised the expectations of voters as any opposition seeking government must do, but it has not raised them too far. It has been circumspect about what it is likely to be able to achieve in a first term.

Especially in recent days, Albanese laid more emphasis on the magnitude of the task to be faced by a new government, given the size of Australia’s debt. We can expect some further lowering of expectations in the days, weeks and months ahead, as the constraints of budget deficits, ballooning debt and increasing inflation do their work on the new government.

The campaign received its political and moral ballast from Albanese’s support for minimum wage increases in line with inflation. Most of the media pack proclaimed this another of Albanese’s gaffes.

Read more: View from The Hill: Albanese and Morrison caught on fly-papers of wages, gender

But many of this country’s journalists display little feel for public sentiment – as they showed when they famously misread the import of Julia Gillard’s misogyny speech – and on this occasion they failed to see that Albanese had for the first time established his campaign’s central thread.

It was a rather modest claim: that low-paid workers should not suffer a further decline in their living standards. That large sections of the media saw this as dangerous adventurism tells us as much as we need to know about who the present system is working for and who it is working against.

The story Albanese told was not just about himself (although there was a lot about his late mum), but about what he would stand for in government. From this point, Albanese began to connect more directly with the traditional values of his party and provided a clearer indication of what he would do if presented with the reins of power. He began to talk more cogently and persuasively about universal provision, with childcare especially in his sights.

Why should people earning over half a million get support?, the media pack asked this one-time socialist firebrand. Because Labor believes in universalism, he replied, as it had shown over so many years with Medicare. And because it recognised in childcare provision a public good that would boost the economy, was just to women and was good for society.

Yes, this was the language of Whitlamite social democracy – always a risk for Labor, which many electors suspect of being profligate with taxpayers’ money. But it was also an idea rooted in Labor’s long-standing approach to welfare.

Alongside its support for targeted, means-tested support, Labor has long supported certain types of universal provision – going right back to its maternity allowance of 1912. Medicare was another example. Albanese started to sound like a leader capable of showing that his party had a Labor soul.

The messages about wages and childcare were increasingly part of a broader narrative about a caring economy and society that also informed his commitments to improving the provision of aged care.

In the COVID era, this was a message rather more potent than most commentators imagined it might be. Its potency was increased in rough proportion to the sincerity, authenticity and conviction that Albanese displayed in delivering it.

Yes, Albanese also spoke about clean energy and climate change, but his messages have been carefully calibrated to avoid the problems that Labor experienced in electorates where such messages remain unwelcome to many voters – the so-called coal seats. And he was willing to discuss national security and foreign policy, too, as well as his commitment to the Uluru Statement from the Heart.

Read more: The story of 'us': there's a great tale Labor could tell about how it would govern - it just needs to start telling it

But the stress was on bread-and-butter issues. He often sounded like a state Labor leader making a bid to become premier. I do not intend this observation as a criticism, because I am convinced this was a deliberate and sensible approach. After all, Labor has frequently won government from opposition in the states and territories over the past half-century. It has rarely done so federally.

Albanese emphasises co-operation, collaboration and teamwork. He will not make the same mistakes as Rudd, in imagining that he has received some magical mandate from “the people” that allows him to bypass the party that he leads, with its various claims and demands on anyone who leads it. He will work with a team of ministers that looks unusually capable. He talks of holding an employment summit: a nod in the direction of the Hawke government’s consensus politics.

He is a textbook case of what the late Graham Little, the political psychologist, would have called a group leader. “Group leaders pay attention to the many ways people need and depend on each other,” Judith Brett explains, “specialising in the politics of sympathy and compassion and taking care not to put themselves too far ahead of the people they lead.” This is a traditional Labor leadership style: pre-Whitlam, and certainly anti-Rudd.

It is also likely to affect Albanese’s relations with the crossbench. If he scrapes a majority, he would do well to govern as if he doesn’t. A third of the electorate has voted in the House of Representatives for minor parties and independents; at the last election, it was just under one in four.

He cannot afford to ignore the constituencies to which the Greens and teal independents in particular have so successfully appealed in this campaign. He will need minor party and independent support in the Senate. He may well need their goodwill and numbers in the House of Representatives in a second term.

These might be considered constraints on the government, but they need not be: it is easy to imagine Albanese, who did so much to keep the parliamentary show on the road during the Gillard years, tackling this task of forging productive relations with the minor parties and independents with an aplomb that would almost certainly have been beyond Morrison.

In that respect at least, the times may well suit him.

Frank Bongiorno is a member of Kim For Canberra (Senate election) and has donated to Climate 200. 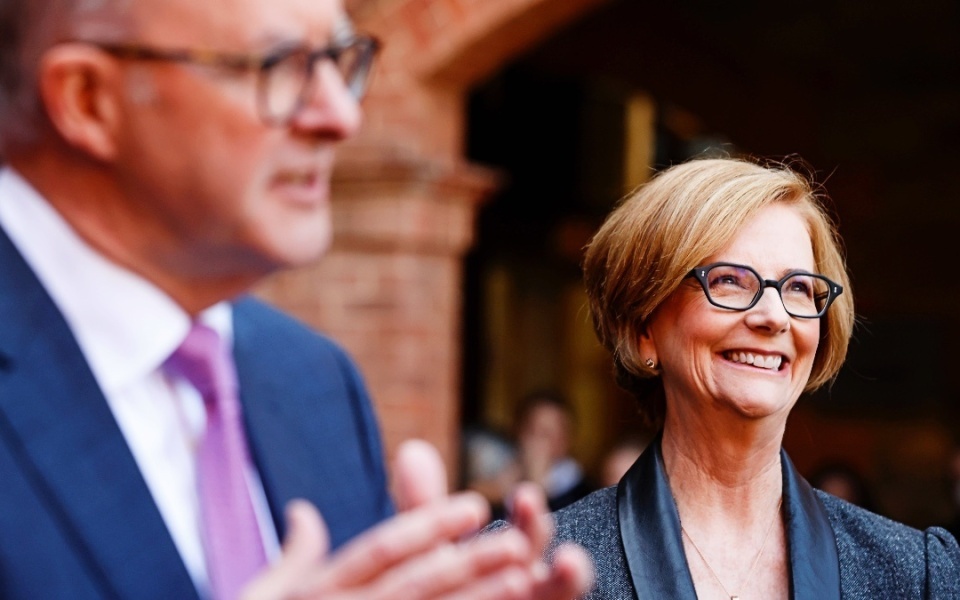 Two parties, two different views about how today’s election will be won and lost
Coalition sources were predicting on election eve that the government would likely fall short of the 76 seats needed for…

Voters are pouring in to polling booths across the country, as Australia decides whether Scott Morrison and his Coalition or…

Anthony Albanese has led his Labor Party to victory in the election, ending nine years of conservative rule.