Anthony Albanese admits he wants his political legacy to be positive action on climate change, regardless of the outcome of Saturday’s federal election.

However, he insists he will not increase Labor’s climate targets should it be a condition of the so-called teal independents in a potential hung parliament.

The Labor leader made the comments during a question-and-answer session at a business breakfast event in Perth on Tuesday.

Responding to a query about what he would like his political career to be remembered for, Mr Albanese replied: “Acting on climate”.

After days of questions about when Labor would release its policy costings before the election, Mr Albanese told the event details would be unveiled on Thursday.

“One trillion dollars of debt is what we will inherit, we are very conscious about being fiscally responsible,” he said.

The opposition leader remained tight-lipped about his party’s chances when Australians head to the polls, but said the objective was to win at least three seats in Western Australia.

Mr Albanese said he was focused on working hard right up until polls close and was optimistic about the outcome.

“Change can happen faster than you think,” he said.

During an earlier address at the event, Mr Albanese promised he would lean on the leadership stylings of previous prime ministers from the state John Curtin and Bob Hawke should he win the election.

“When I refer to Hawke and Curtin, it’s not an act of nostalgia, but a reminder of what can be done when you come to the table with courage, vision and ambition,” Mr Albanese told the audience.

Mr Albanese also promised he would use the example of WA Premier Mark McGowan’s leadership should he win Saturday’s election.

The opposition leader has been campaigning alongside the state premier, who claimed a second term in office following a landslide election win in 2021, where state Labor won 53 of 59 seats.

“I will make this firm prediction – I will not do as well in this federal election as Mark McGowan did in the last state election,” Mr Albanese said.

The plan, which will help to shore up medical supply chains including vaccines, will form part of a $15 billion national reconstruction fund.

Mr Albanese made the case for revitalising industry and manufacturing capabilities across a range of sectors.

“Australians should be able to access medicines, vaccines and medical supplies when we need them,” he said.

The visit to WA is the second for Mr Albanese during election canvassing, following Labor’s campaign launch in the state earlier in May.

Labor is hoping to pick up several marginal seats in the state, including Swan, Hasluck and Pearce.

In the speech, the Labor leader said the state had the opportunity to become a ‘lithium valley’, alongside traditional mining industries. 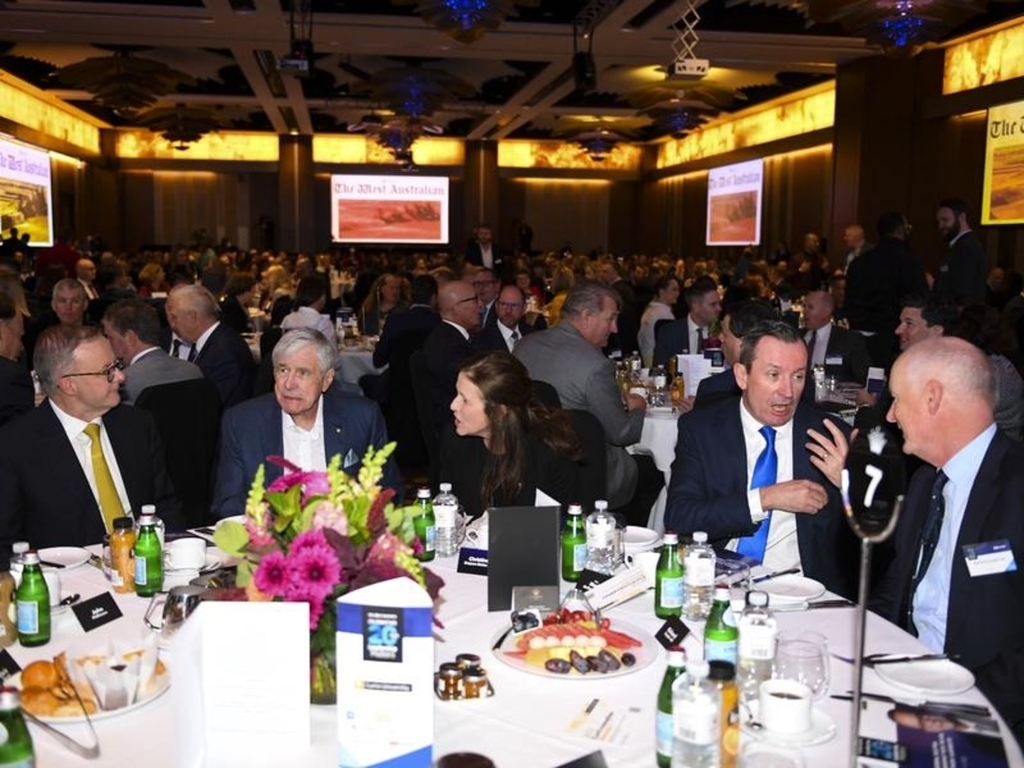 Albanese looks to Curtin, Hawke for future
In a speech to WA business leaders, Anthony Albanese has said he will aim to invoke the leadership of previous…

Anthony Albanese says he wants the best possible chance of success for a referendum recognising Indigenous people in the constitution.