Anthony Albanese has promised to lean on the leadership stylings of former Western Australian prime ministers in a final pitch to Perth voters.

Speaking at a business breakfast event on Tuesday, the Labor leader promised to be a prime minister for WA, much like former leaders John Curtin and Bob Hawke.

"When I refer to Hawke and Curtin, it's not an act of nostalgia, but a reminder of what can be done when you come to the table with courage, vision and ambition," Mr Albanese told the audience.

Mr Albanese also promised he would use the example of WA Premier Mark McGowan's leadership style should he win Saturday's election.

The opposition leader has been campaigning alongside the state premier, who claimed a second term in office following a landslide election win in 2021.

"What we saw from Premier McGowan was true character and true leadership, a responsible government that balanced social good and economic need," Mr Albanese said.

"A clear demonstration of how investing in the health, safety and wellbeing of people underwrites a robust and growing economy."

The plan, which will help to shore up medical supply chains including vaccines, will form part of a $15 billion national reconstruction fund.

Mr Albanese made the case for revitalising industry and manufacturing capabilities across a range of sectors.

"Australians should be able to access medicines, vaccines and medical supplies when we need them," he said.

"We cannot afford our health and wellbeing to be hostage to global supply chains. But more than that, we have medical innovation and world-class science happening right here."

The visit to WA is the second for Mr Albanese during election canvassing, following Labor's campaign launch in the state earlier in May.

Labor is hoping to pick up several marginal seats in the state on Saturday, including Swan, Hasluck and Pearce.

In the speech, the Labor leader said the state had the opportunity to become a lithium valley, alongside traditional mining industries.

"WA will help to fuel the new energy economies of the 21st century, creating regional and metropolitan jobs in the process," he said.

"As electric vehicles, energy storage systems and smart devices become more mainstream, the global demand for lithium batteries will skyrocket. WA is ready to rise to that challenge."

Mr Albanese also pledged to give WA its share of the GST.

"WA has contributed so much to the nation, you deserve respect when it come to shaping your future," he said. 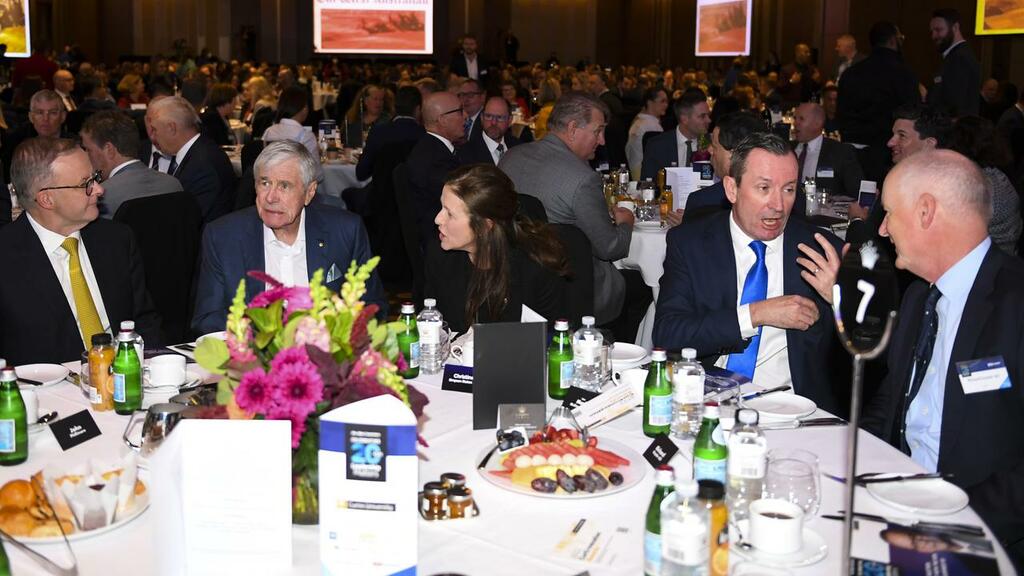 Albanese wants legacy on climate change
As he makes a final pitch to voters in Western Australia, Anthony Albanese says he wants his political legacy to…

Anthony Albanese is yet to confirm when Labor will outline its costings before Australians head to the polls on Saturday.

AAP
The Mark McGowan factor: can the emperor of WA turn the election for Labor?