"It was a tough read guys, but I wasn't surprised to be honest"

The post Alastair Clarkson Says He ‘Refutes’ Disturbing Allegations Of Racism From The Hawthorn Review appeared first on PEDESTRIAN.TV .

during his tenure. As reported by the , the review will reveal disturbing allegations from First Nations players levelled at Clarkson. One anonymous player claimed that Clarkson “told me to kill my unborn kid”, and told the ABC: “Clarkson just leaned over me and demanded that I needed to get rid of my unborn child and my partner”. Other players alleged that they were “bullied”, separated from their families and told to cease contact, and forced to live in alternative accomodation in an apparent effort to get the players to focus more on football. Alastair Clarkson saying that he was “shocked” by the allegations. “The health, care and welfare of our players, staff and their families were always my highest priorities during my time at Hawthorn Football Club,” he said in the statement. “I was therefore shocked by the extremely serious allegations reported in the media earlier today. I was not interviewed by the authors of the report commissioned by the club, and nor have I been provided with a copy of the report. “I was not afforded any due process and I refute any allegation of wrongdoing or misconduct and look forward to the opportunity to be heard as part of the AFL external investigation. “I have today contacted the president of North Melbourne Football Club and we have mutually agreed that I will step back from my responsibilities at the club so I can fully cooperate in the investigation.” Clarkson landed the role of head coach at North Melbourne this year, with his first season in the role set to be in 2023. The incidents described in the review allegedly took place during Clarkson’s years as head coach at Hawthorn, a role which he took on in 2005 and ended in 2021. Alastair Clarkson is seen as one of the most successful coaches in AFL history, having coached the team to four premierships in 2008 and 2013-2015. Alastair Clarkson’s assistant coach at the time, , at the Brisbane Lions in the wake of the ABC report. Many prominent football voices believe the pair’s coaching futures are uncertain after the allegations came to light. and Fox Footy journalist said on Wednesday’s : “I sit here tonight thinking that Alastair Clarkson and Chris Fagan probably won’t coach football again. These allegations are so fierce that even if 10 per cent, 20, 30, 40 per cent are proven true, I don’t think we can just move on. I don’t think the world’s like that.” Channel 9 presenters and veteran football reporter also weighed in. Jones told 9 News that Clarkson should “never coach again” if the allegations from the report are found to be accurate. Wilson added: “People at the club were vague in their recollections, but did deny this has happened and we must say again that Alastair Clarkson has vehemently denied a lot of the allegations and Chris Fagan is privately denying them as well. “But I would go as far as to say you talk about success and what you do in the name of success, these premierships will be forever tainted if these allegations are proven to be correct.” Legendary player called for an AFL-wide review into the treatment of First Nations players during an interview on AFL 360. “I think that every football club should do a review like this … Contact the Indigenous players, past and present, and see how the footy club was. “We want this industry to be safe for the young Aboriginal kids and we live in two different worlds. So if you want an Aboriginal kid that comes from the community, you know, you’re family orientated, and that’s the way you grow up, you care, you navigate your way through these big families in order to survive. “And then coming to the AFL system, the system that’s really not built for them is daunting, and it’s really, really tough and hard.” AFL CEO has announced that the AFL will conduct an independent investigation into the disturbing allegations from the Hawthorn review. McLachlan told on Thursday that the investigation could take “six to eight weeks”.
Sign up to read this article 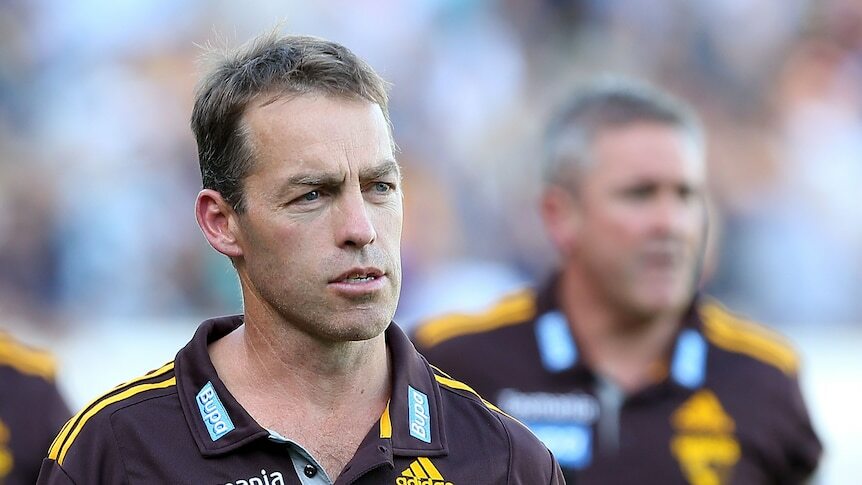 AFL chief Gillon McLachlan says Indigenous players are "confronted and challenged" they were not aware of Hawthorn racism allegations, as…

Indigenous champion Eddie Betts was saddened but not surprised to learn of allegations of racism at AFL club Hawthorn.