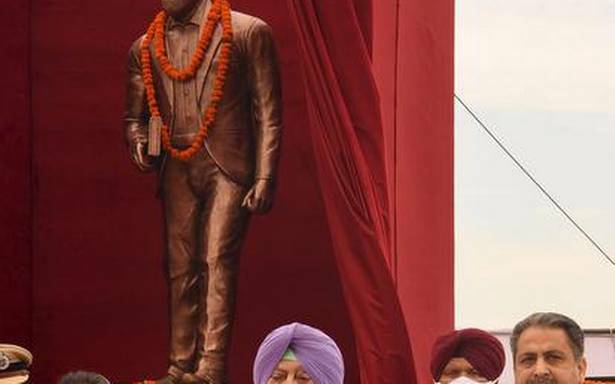 The Chief Minister also urged farmers’ unions not to hold protests against the laws as they were considerably impacting its economic development.

Capt. Amarinder said the laws were drafted with the consent of SAD with Harsimrat Kaur Badal as the Union Minister and even former Chief Minister Parkash Singh Badal arguing in their favour. But they have changed their tune completely when their move backfired.

He said the Congress is the only party that has been protesting against the laws from day one. “The Congress government called an all-party meeting and held consultations with the farm unions. Later, it convened a special session of the Vidhan Sabha and passed Bills countering the laws.”

The Chief Minister said the Constitution has been amended 127 times since year 1950. “So why not one more time to repeal the farm laws for providing succour to the farmers who have been sitting at Singhu and Tikri borders.”

He was addressing a gathering after laying the foundation stone of PAU-College of Agriculture at Ballowal Saunkhri in Shaheed Bhagat Singh Nagar district.

In Hoshiarpur, Capt. Amarinder appealed to the representatives of various farmers’ unions not to hold protests as the State government and its people have already expressed solidarity with them on this issue.

“The State and its entire people stood like a rock with the farmers in favour of their legitimate issues. So they should desist from holding protests,” he said.

Capt. Amarinder said the protests at 113 places were not in the interests of the State.

Expressing concern over the inordinate delay by the Centre in meeting the farmers’ justified demands, the Chief Minister said the farmers should mount pressure on the Union government to get these anti-farmer laws repealed.