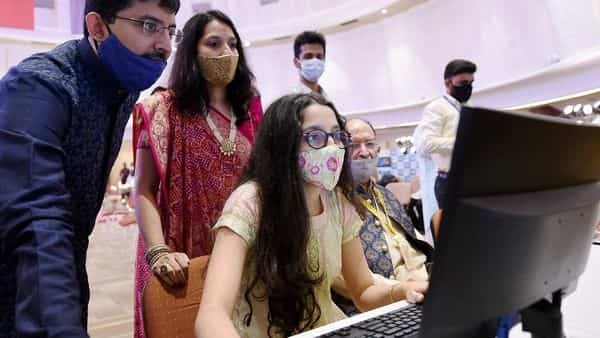 Ajanta Soya shares became latest entrant into Dolly Khanna portfolio on 22nd November 2021, when BSE exchange shared details of bulk deal of the company. In this bulk deal, it was informed that Dolly Khann bought 1.40 lakh Ajanta Soya shares paying ₹147.72 apiece. The deal was executed on 22nd November 2021 and hence strong response from the market was expected today. As expected, this multibagger stock today opened with an upside gap of ₹21.85 per shares and went on to hit 20 per cent upper circuit at ₹183.75 levels.

According to stock market experts, stock looks positive on chart and its fundamentals are also signaling sharp upside move in upcoming sessions. They said that this Dollay Khyanna share has given fresh breakout at ₹180 and it may go up to ₹225 after breaching its immediate hurdle of ₹200.

Highlighting the fundamentals that augurs further rally in this Dolly Khanna portfolio stock; Avinash Gorakshkar, Head of Research at Profitmart Securities said, "Ajanta Soya is a quality commodity stock. Its RoE (Return on Equity) is 37 per cent and its RoCE (Return on Capital Expenditure) is around 60 per cent. The company has been consistently making profit in last 3-4 years and the trend is expected to continue this fiscal as well. As per the market estimates, it may end up doubling its annual profit from last year's ₹25 crore to around ₹45 crore to ₹50 crore. But, it's a commodity stock that works at EBITDA margin of around 5-6 per cent. So, one can't expect sharp profit growth but a sustained growth can't be denied in next few years." Avinash Gorakshkar of Profitmart Securities advised retail investors to add this stock in one's portfolio and keep an eye on the future developments taking place in the company.

Advising buy on dips strategy to stock market investors in regard to Ajanta Soya shares; Sumeet Bagadia, Executive Director at Choice Broking said, "This new Dolly Khanna portfolio stock has given fresh breakout at ₹180 and the stock may go further upside as it looks positive on chart pattern. It is facing immediate hurdle at ₹200 and may go up to ₹225 after breaching this ₹200 hurdle."