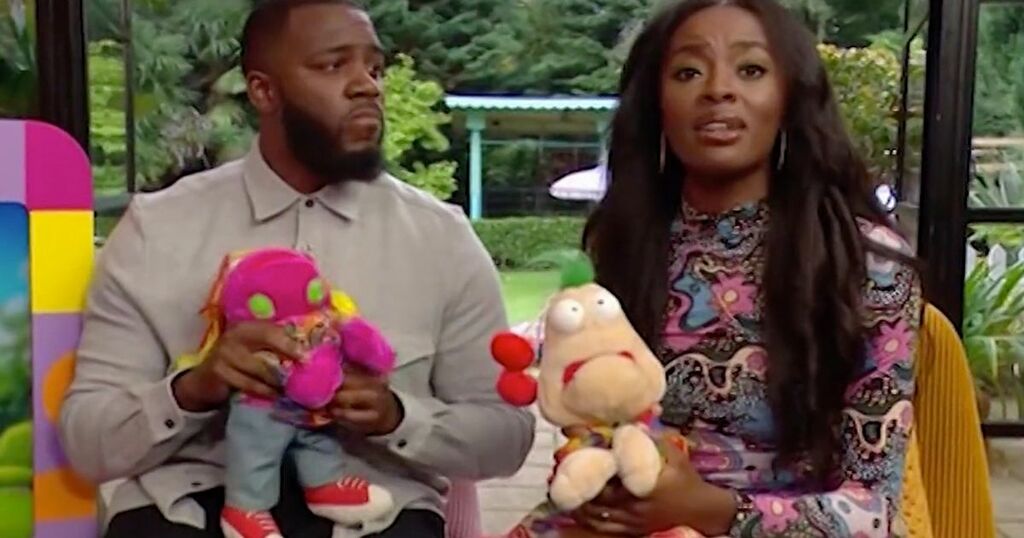 The Big Breakfast returned to Channel 4 this week for a one-off special, but two of its most iconic stars were missing.

Friday's show was hosted by Mo Gilligan and AJ Odudu, but Zig and Zag, the alien puppets from the original show, were nowhere to be seen.

AJ joked that they had returned to their home planet when the old show ended, but when they came back, Home Secretary Priti Pratel wouldn't let them back in.

After opening the show, Mo said he was going to address the "elephant in the room" as they explained why Zig and Zag hadn't returned.

Mo said: "We need to really address elephant in the room.

Turning to AJ, Mo went on: "And it's not my lockdown belly, I know you were looking at it."

AJ joked that Zig and Zag returned to their home planet after a 2005 "moth pandemic".

She said they had tried to get back in, but they weren't allowed to return on the Home Secretary's orders.

"We know you're probably wondering, where are Zig and Zag?" Mo said, as the crew threw Zig and Zag cuddly toys to the presenters.

AJ went on: "Sad news, they both got seriously affected by the great moth pandemic of 2005 and emigrated back to the Planet Zog.

"Now Priti Patel won't let them back in!"

Mo joked: "No puppet is safe, Sooty and Sweep watch your back, my guys."

The original Big Breakfast ran from 1992 until 2002 and was presented by several different stars, including Chris Evans, Denise Van Outen and Zoe Ball.

It returned this week as part of Channel 4's special day of programming to celebrate black talent.

Mo and AJ said when the show was last on air they were still children.

She said she was "playing Pogs", while Mo joked: "I was in the hood selling Pokemon cards."

Mo also had to wake up at 4am for the show, and said on air that he isn't a morning person.

He admitted: "I struggled getting up, I'm not up this early. For what? To get the DPD that doesn't even come?"

AJ also joked about the original series' lack of diversity, saying: "History was made here, you know Chris Evans became one of the first ginger presenters on breakfast TV.

"That's what passed as diversity back then."