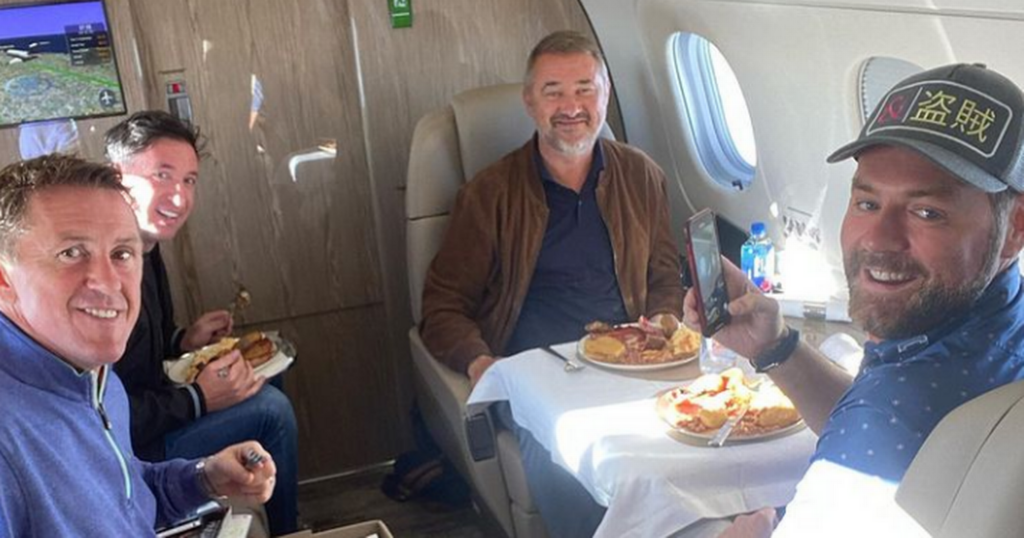 Keith Duffy and Brian McFadden are living the life as they have taken to the sky on a private jet.

They were joined by well-known jockey AP McCoy, Stephen Hendry who's a snooker champion and football manager Robbie Fowler.

The post that went up this morning revealed that the lads are heading to the Legends Tour, a golf tournament for celebrities in Aberdeen.

Brian posted a snap on Instagram which said: "En route to Aberdeen for the@eulegendstour event".

The stars were out in force for the BMW Longest Drive competition at the BMW PGA Championship Pro-Am.

The annual event sees celebrities and sportsmen tee it up with professionals in teams of four to create ultimate golfing experiences.

Scotland is the last qualifying event for the Celebrity Series with winners going to Mauritius in December to battle it out in the Grand Final for £100,000 for charity.