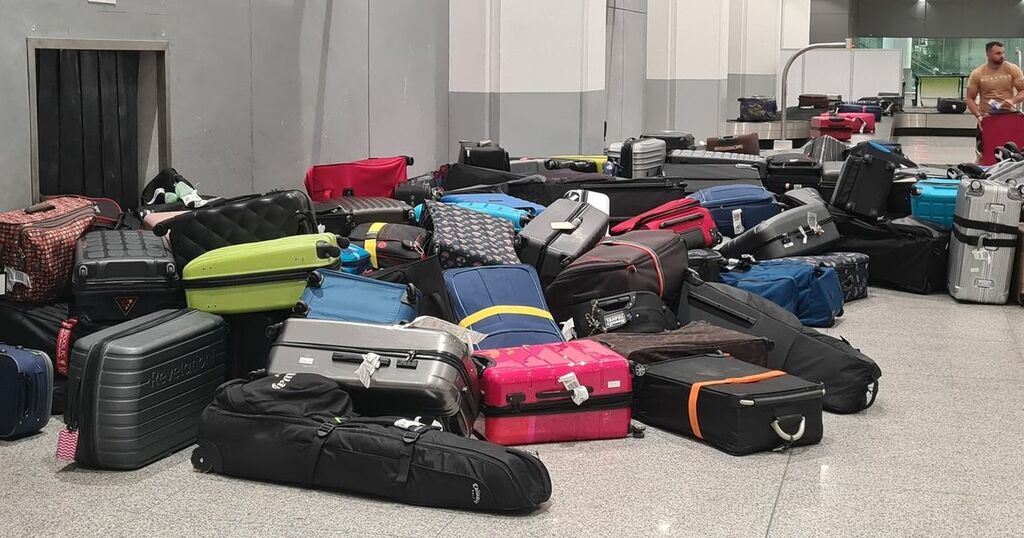 "There were 60 or 70 bags all over the floor. People had to go through the bags themselves"

Airport bosses say you should arrive three hours before your flight

A holidaymaker from Rochdale says his Spanish holiday got off to a ‘nightmare’ start after finding his flight’s bags dumped across the terminal floor.

Phil Burke, who was flying to Malaga to celebrate a friend’s birthday, said passengers were forced to sort through their luggage on the floor after a conveyor belt broke. To make matters worse, Phil said, no staff were on hand to help with the sprawl of suitcases.

Mr Burke, who is also a councillor for Middleton, said some holidaymakers were so desperate they stuck their heads through the entrance to the conveyor belt to ask for assistance — but none was forthcoming. He told the Manchester Evening news: “It’s been a bit of a nightmare.

“We were 20 minutes late with leaving, but we got through security alright. We went downstairs [at Malaga] and two conveyors had stopped. There were 60 or 70 bags all over the floor. People had to go through the bags themselves.

“There was no-one around to ask for assistance. It only needed a key to turn it back on. It took 25 minutes to get a rep from Tui to come down — he said they were fixing the other one. People were sticking their heads through the gap to shout to get their bags sorted. They had connections [to catch].”

Ultimately, it took Phil 25 minutes to find his bag, and says he is ‘alright’ and not lost anything in the chaos. However, there was some more panic as another flight from Leeds-Bradford was set to land shortly after, adding to the pile of suitcases.

Phil continued: “What started out to be a nice break to celebrate someone’s birthday — we have been 20 minutes late and this. I just felt sorry for the people have to make connections.

“There was no help whatsoever. It took about 25 minutes [to get my bag]. I have got it, I’m alright. There were still quite a few people after me.”

Despite flying out from Manchester, which has faced numerous issues over the past few weeks with queues, Phil said the terminals ‘ran like clockwork’ that morning. He added: “Check in was alright, security was fine. I was there at 2am, four hours before my flight. I did not want to risk turning up two hours before getting stuck.

“There was quite a lot of people at 1.40am. It was a reasonable size queue. We went straight through security, that opened at 3am. It’s nice that it is another airport and not Manchester!

“We took it in our stride. The people were quite nice in making sure they got everyone their bag. That’s just Manchester people for you.”

"There were 60 or 70 bags all over the floor. People had to go through the bags themselves"

Airport bosses say you should arrive three hours before your flight