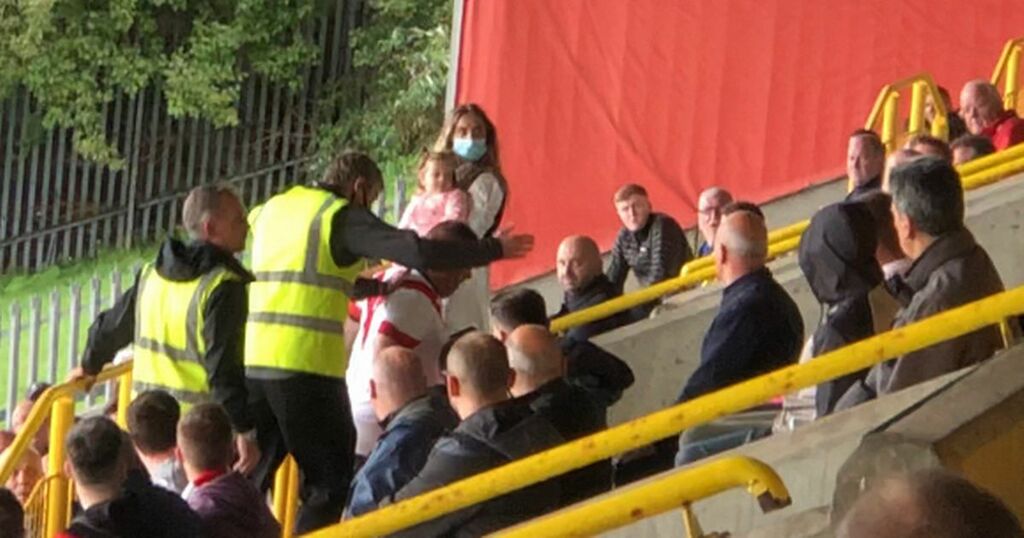 An angry Airdrie fan was ejected from Firhill after a furious blast towards the directors box during their match with Queen's Park.

The Diamonds played out a goalless stalemate with the League One leaders this afternoon, which leaves the club ninth in the table with a game in hand.

Midway through the second half of the clash, a fan stormed into the directors box, shouting and pointing at officials before being led away by stewards.

It is unclear what was said but it has been confirmed to Lanarkshire Live Sport that the man was ejected from the stadium.

On the pitch, Airdrie put in a strong showing against a side who haven't lost in League One this season.

The club have been hit hard by a Covid outbreak in recent weeks and play Alloa on Tuesday night in a game rescheduled from last month due to the virus.