An air traffic controller has been killed and several others left injured after a small plane crashed into a bridge in Miami, Florida.

In one clip, the small jet can be seen following the crash, resting on a bridge near Haulover Park.

The aircraft was in flames and emitting heavy smoke following the incident – which occurred around 1pm local time on Saturday on the bridge.

The shocking footage has been viewed more than 480,000 times on Twitter at the time of writing.

A second video taken on the bridge shows the smoking plane with numerous police vehicles parked nearby.

The plane is believed to have left the airport around 12.40pm and appeared to be trying to land on Collins Avenue before crashing on the bridge.

Narciso Torres, 36, an air traffic controller, was killed in the crash.

Meanwhile five other people are believed to have been injured.

Two people who were on board have been treated in hospital for burns and a further three people, including two children, travelling in a minivan on the bridge taken to hospital for non-life threatening injuries.

"This is a terrible tragedy that has sent shock waves throughout our NATCA family," National Air Traffic Controllers Association President Rich Santa said in a statement.

Meanwhile, three people who were driving in the minivan the plane crashed directly into - a woman and two children, ages 2 and 6 - were also hospitalised.

They are not believed to have suffered any serious injuries.

"It is miraculous that you're traveling in a vehicle, you know, the driver with the two toddlers and you [suffer a] head-on collision with an aircraft and everybody's OK," Zabaleta said.

"So we're thankful for that, but it's still unfortunate that we did lose somebody on the scene."

According to reports from The Miami Herald, Torres was known for his love of flying.

He had many certificates, including for aircraft dispatcher, mechanic, air traffic tower operator and private pilot.

Torres began his career in May 2008 at the Orlando International Air Traffic Control tower.

The FAA and National Transportation Safety Board will be investigating the crash. 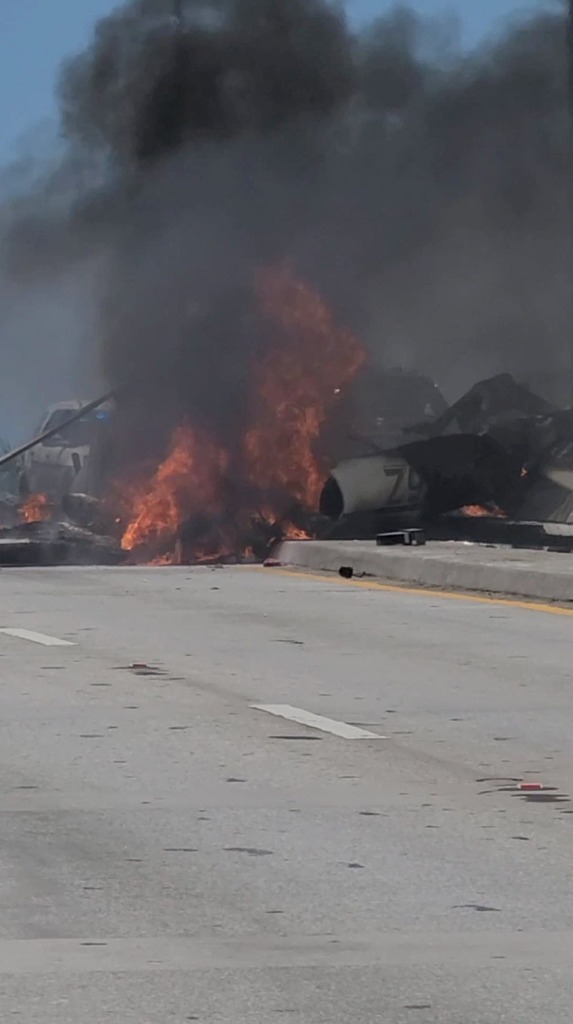 The Independent UK
One subscription that gives you access to news from hundreds of sites
Florida bridge plane crash killed 1 on board, police say

The Independent UK
1 dead, 5 injured after plane crashes on Miami bridge, hits car and catches fire
MIAMI — One person is dead and five others were injured, including two toddlers, when a small plane crash-landed on…