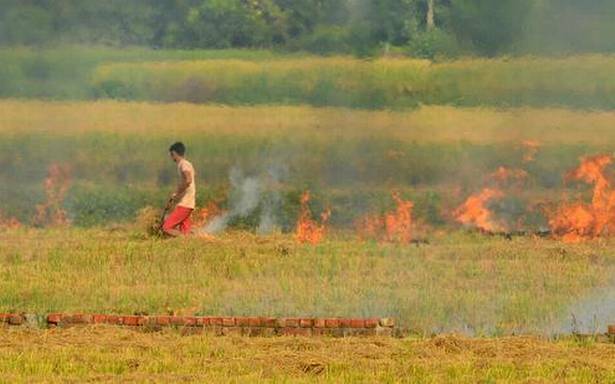 A reduction in the area under paddy cultivation in Haryana, Punjab and Uttar Pradesh, as well as a shift away from paddy varieties that take long to mature, could see a reduction in stubble burning this year, the Centre-constituted Commission for Air Quality Management said in a statement on Friday.

The Commission said: “Both Central and State Governments of Haryana, Punjab and U.P. have been taking measures to diversify crops as well as to reduce the use of PUSA-44 variety of paddy. Burning of paddy straw from the non-basmati variety of crops is the prime concern. Crop diversification and moving away from PUSA-44 variety with short duration High Yielding Varieties are part of the framework and action plan for control of stubble burning.”

The Commission had directed States to promote short duration and early maturing varieties of crops and to divert the area of water-guzzling paddy to alternate crops.

The Commission’s notice comes amidst reports of farm fires being detected via satellite images. These are expected to increase in the coming days with the progress of the harvest season.