AIMSS urges govt. to not shut down Mahila Santwana Kendras 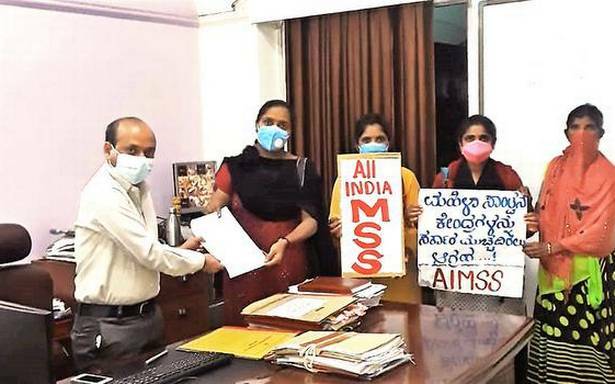 Taking exception to the government move to close down ‘Santwana Kendras’, members of All India Mahila Samskrutika Sanghatane (AIMSS) have urge the State government to withdraw the decision.

The delegation members told authorities that ‘Mahila Santwana Kendras’ set up to provide temporary shelter, financial assistance, legal aid, and other types of assistance to women had been doing yeoman service from the last two decades.

These centres had done great work in boosting the morale of women who were subjected to exploitation and harassment. In fact, there was need for further improving such centres and providing more services to the needy women. However, it was shocking that the government had proposed to close down the centres, they said.

Eggs to be included in midday meals in 7 districts

They submitted a memorandum in which they have pointed out that over 800 families would be adversely affected by the government’s decision. For the last two decades, over 800 people were serving the women and helping them get justice. However, the move to close down the centres would mean the needy would not get justice or protection, they have said in the memorandum.

They have demanded job security to the staff serving in counselling centres and also immediate withdrawal of the order on closing down the santwana kendras.