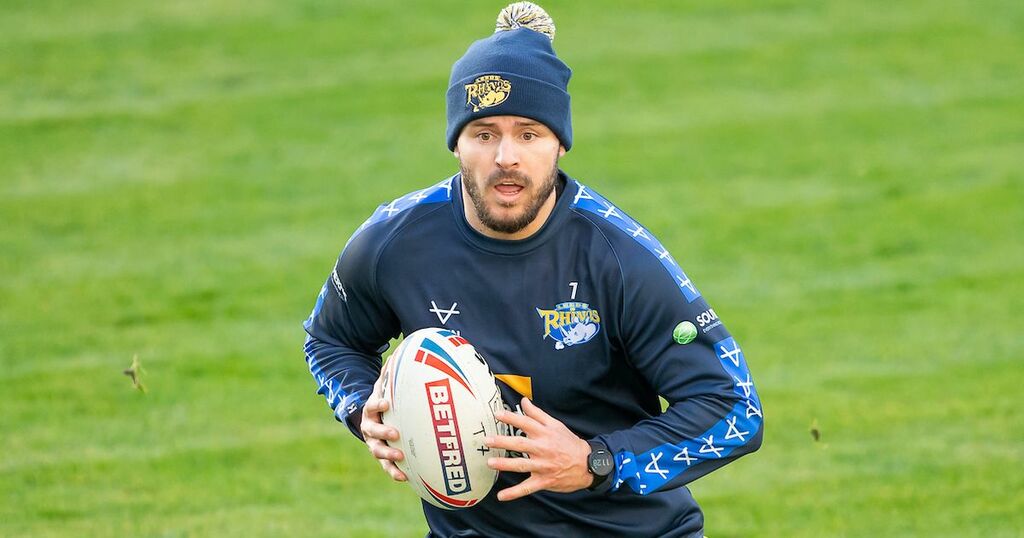 Aidan Sezer is keen to put Leeds Rhinos’ new combinations to the test once more when they take on Featherstone Rovers on Sunday.

The half-back had about an hour alongside his new teammates on Boxing Day as the Rhinos picked up a comfortable win over Wakefield Trinity at Headingley.

Agar has confirmed plans to name a strong team to take on Brian McDermott’s side at Post Office Road and Sezer will be playing alongside Blake Austin in the halves once more.

As such, the Australian is keen to showcase the progress they’ve made over the last two weeks of training.

“Looking forward to playing with the boys again,” Sezer told the Rhinos’ official website. “I got 60 minutes on Boxing Day so it will be good to have a little run around again and build them combinations.

“Things are getting good, we’re building the combinations. It’s still pretty new but we’re getting that nous for each other and getting to know each other’s games and what we like to do.

“It’ll be good to get another run out again and I’m looking forward to getting out at Fev on Sunday."

He added: “Pre-season is about getting your body right and getting ready for the season and everyone is looking towards that date, but there’s still a lot of preparation to be done before then and hopefully we go into round one at the start of the year in good shape.”

Agar will more than likely look to use a few youngsters this weekend, too, and Sezer has been hugely impressed with the talent and professionalism of those homegrown products.

“I think the application of their work is pretty good and that’s probably across the board,” he added.

“All the young boys, Jack Broadbent, Morgan Gannon, those sort of boys, they work really hard.

“Jack Sinfield, as well, is always putting in the time and effort and his extras and he’s trying to perfect his craft.

“It’s always good to see and refreshing as one of the older boys to see the young boys apply themselves as much as these kids do and hopefully they can kick on and become better players this year.

“I think it speaks spades about the club and the work ethic that’s bred within these walls. Coming through from another club, you can really that and the professionalism around the joint.”