AIADMK, AMMK oppose levying of GST on students for certificates 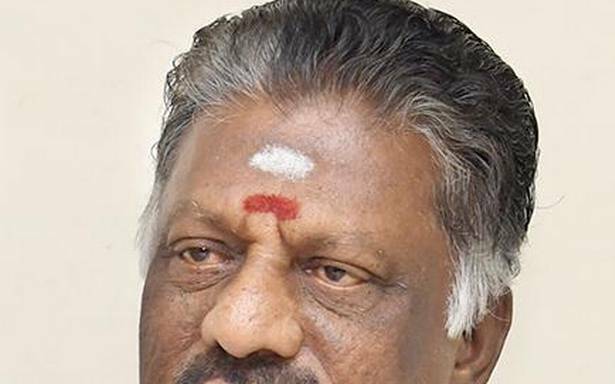 Opposing the levying of the Goods and Services Tax (GST) by Anna University on the fee to be collected from students, AIADMK coordinator O. Panneerselvam on Thursday urged the government to drop it.

In a statement, he cited a circular issued in this regard by Anna University, which followed a decision by the Commercial Taxes Department, and said students and parents expected that both should be revoked. If not, it was everyone’s expectation that the fee must be reduced accordingly, he said.

Everyone expected colleges to not collect additional fees in the name of tax, and an appeal should be made in the upcoming GST Council meeting to obtain an exemption in this regard, Mr. Panneerselvam said. “It is the duty of the State government to fulfil these expectations. The Tamil Nadu government should take appropriate steps to see that tax is not levied on education in any form,” he added.

Amma Makkal Munnetra Kazhagam (AMMK) general secretary T.T.V. Dhinakaran in a social media post condemned the decision to levy GST on students. He insisted that the Central government should revoke its decision in this regard, and urged the State government to exert pressure on the Centre to seek an exemption from the practice.