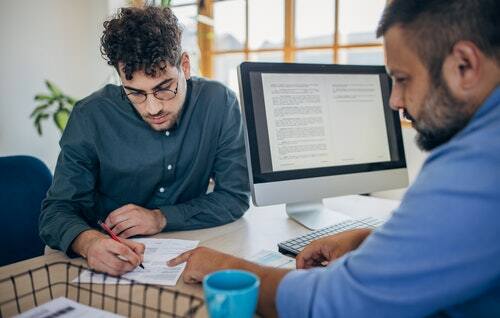 If you’ve applied to a job at a moderate-sized or large company in the last few years, there’s a fairly solid chance your every career move has been analyzed by artificial intelligence. AI regularly reads through your resume before any human has the chance to even skim it. And if the AI doesn’t think you’re worth sending along to an actual HR rep — well, you can consider your job application as good as trash.

This kind of AI-driven screening software is one of the biggest sources of frustration for job-seekers. It’s one thing to be rejected by someone from the C-suite, but to be thrown out of the running by an algorithm? Nothing short of exasperating.

A new report from the Harvard Business School and Accenture estimates that about 27 million job-seekers in the United States have been “hidden” from applicant pools based on AI filtering (h/t Insider). And — as is often the case with AI — these systems are very biased.

There are quite a few variations of AI-powered job applicant software (sometimes called Applicant Tracking Systems, or ATS) on the market right now, but they all take a similar approach to weeding out candidates who might be less qualified for a given position. This approach takes very specific criteria and translates them into searchable fields. If your resume doesn’t list a college education, for example, that’s a negative mark in the algorithm.

In reviewing a total of 8,000 “hidden workers” from the U.K., U.S., and Germany, the report found that some types of job applicants were filtered out much more often than others. Those groups include immigrants, refugees, veterans, caregivers, and people with disabilities. So, you know, the very people who could use these jobs most.

Compounding this ongoing frustration for job-seekers is the fact that it’s one companies can fix with ease. It’s a problem entirely of their own making.

Harvard’s report makes a number of recommendations for hiring committees to improve upon this bleak landscape. The researchers strongly recommend changing filters to be “affirmative” rather than “negative,” thereby highlighting an applicant’s unique skills rather than what’s supposedly missing from their resume. The report also suggests specifically targeting hidden workers to invest in these segments.

The report makes it clear that using hiring software isn’t explicitly bad. It’s not recommending that corporations stop using AI to make hiring more efficient. Instead, it advocates for a more nuanced approach to hiring software systems, concluding that proper use of these systems would benefit companies’ bottom lines and job-seekers’ prospects alike.