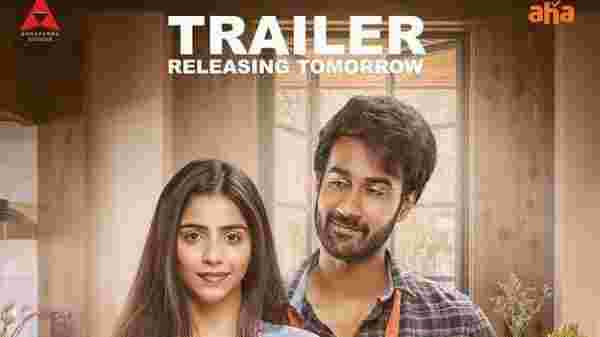 Aha Video, which was launched in March 2020, benefited from the covid-19 lockdown and also the first-mover advantage as a big Telugu platform in its home state.

“We have set up a studio in Mumbai and will set one up shortly in Kerala. These studios will help us work with storytellers in these markets to develop pan-India shows for our audience in various languages. We will continue with our strategy of 100% local," aha Video chief executive officer Ajit Thakur said. This should not be seen as the platform ‘pivoting’ in any way, he said.

One of the first people aha Video has onboarded is writer Suparn Varma, best remembered for Amazon Prime Video original The Family Man.

The plan is still in an early stage, but the platform aims to offer family content across genres in different languages. Last week, it launched a vertical for children with content dubbed in several languages.

Platforms such as aha Video are trying to grab eyeballs in the face of stiff competition from foreign streaming services that are betting big on regional content. Netflix released its first Telugu original Pitta Kathalu in February and has seen films such as Ala Vaikunthapurramuloo and Uma Maheswara Ugra Roopasya, both in the same language, feature in its top 10 row in India.

Amazon Prime acquired big Telugu star vehicles such as Narappa and Tuck Jagadish for direct release during the pandemic, while Hotstar will stream its first Telugu original show, Unheard, on 17 September.

Platforms like aha Video may not have deep pockets like the foreign streaming services, but they claim their offerings are differentiated and their understanding of the local market is a distinct advantage.

The Telugu-speaking viewer watches an incredible amount of programming, more than people in any other part of the country, across languages like English, Hindi and Korean.

But the promise of being 100% Telugu made by aha Video was the first of its kind last year. “Unlike earlier, when the primary target of OTT platforms was the young male, both before and since the pandemic, we have tried to make sure our films and shows appeal to the whole family who may no longer want to be dictated by appointment viewing. Hence, we’ve focused on everything from drama and romance to youth programming," Thakur said.

Debuting with original shows such as Kotha Poradu, Masti’s, Shithappens, Locked and Geetha Subhramanyam 2020 last year, the service has also found traction in non-fiction properties like Sam Jam and No.1 Yaari with Rana and the spate of films acquired during the lockdown which were compelled to skip theatrical release, such as Colour Photo, Bhanumathi & Ramakrishna, and Thank You, Brother, among others.

Thakur said the platform has so far, stuck to its promise of bringing out one new property every week. “When we couldn’t shoot during the pandemic, we reached out to acquire ready films, including premiering dubbed versions of some Malayalam movies. However, we want to focus on originals, as a rule," he added.

Now having notched up around 1.5 million subscribers, the platform, Thakur added, is “better off by itself" and is not looking at seeking more funding though “there has been some interest."

The advantage with language-specific platforms is their creative strength that stems from ownership by production houses who’ve been in the business for long, according to Karan Taurani, senior vice-president, Elara Capital Ltd. “However, content costs are going to be huge as we go forward and only the larger platforms may be able to afford to keep up while some of these language services may be constrained in telling large-scale stories. Plus, challenges for them may arise as audiences may not want to pay for too many subscriptions, necessitating eventual consolidation of smaller apps into aggregators. However, that is still some time away," Taurani added.