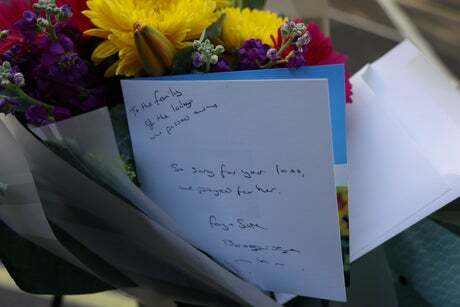 Dr Marta Krawiec lived in the flat upstairs. She was a wonderful neighbour who baked us Polish cakes at Christmas, planted flowers in the communal areas of our house and greeted us with a cheery ‘Good morning’ every day as she unchained her bicycle and left for work as a children’s allergy consultant.

Last month, Marta left for work never to return. She was killed on her bicycle by a lorry at a notorious death trap junction in central London. The woman dedicated to saving the lives of children became a grim statistic: the seventh cyclist to be killed at the Holborn gyratory system and the seventh person to be killed riding a bicycle in the capital this year.

Hers was a death that need never have happened. The roads where she died have already been earmarked for a £12.5million improvement scheme. But that work has stalled. Transport for London, which is responsible for arterial roads, says it was paused because of the pandemic. There are claims of a lack of finance.

Sadiq Khan, the Mayor of London, says that the improvements first announced in 2019 will not be complete for another two years. He has been embroiled in a bitter funding feud with the government after lockdowns deprived TfL of its dominant fares income. The revised TfL budget published in July showed that it faces a £500 million funding gap this year as TfL attempts to strike a long-term deal with Westminster.

I was proud as a former reporter on The Times to play a role in the Cities Fit for Cycling Campaign. The manifesto we drafted – calling amongst other things for killer junctions like the one where Marta died to be rebuilt – won acclaim across the political spectrum. Labour’s Shadow Transport team came to our offices and asked if they could borrow our eight-point blueprint for their national policy. Of course, we agreed. The campaign also provided Boris Johnson, who was Mayor of London at the time, with the cover he needed to begin building cycle super-highways, taking roadspace away from motorists and the all-powerful taxi lobby. The then Prime Minister, David Cameron, even stood up in the House of Commons to praise the campaign and announce funding of more than £100 million for the improvements we were calling for. Which politician, after all, could argue that saving lives wasn’t a cause worth supporting?

Such political consensus seems to have been crushed. A government led by a former mayor and cyclist is battling against his successor. Vital improvements are being neglected.

The pandemic has been woeful in so many ways, but it has provided the opportunity to rethink how we live, work and get around our cities. Cycling is gaining popularity as a Covid-free, non-polluting, healthy way of getting about. The sad truth is that more people are being killed. The number of cyclists killed or seriously injured on the streets of London rose by 12 per cent last year.

Senior doctors have joined cycle safety campaigners calling for action. The hope is that Marta’s tragic death can be the jolt politicians need to stop their gaming and get back to the policies that really matter: keeping us safe and enabling us to build richer lives.