After changing their focus, Riot Games will give employees cash if they quit 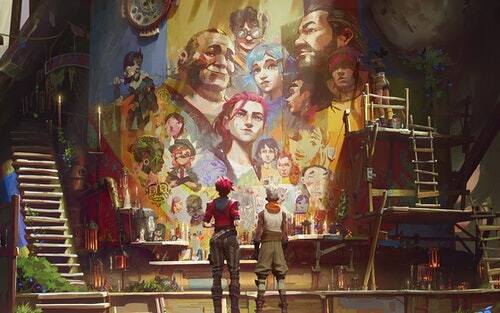 Earlier this week, Riot Games CEO Nicolo Laurent wrote a lengthy post about his vision for Riot as an inclusive, diverse, and player-focused company going forward. In it, he shared that he wants Riot to be known not as a gaming company, but as a “gamer’s company,” with a mindset focused on putting gamers first.

Laurent also asserted the importance of compensating and valuing employees, along with an announcement that Riot is expanding its “Queue Dodge” program to include longtime employees and increasing its compensation package.

What is Riot’s Queue Dodge? —

Historically, Riot has given new employees 10% of their annual salary as a severance package of sorts if they leave the company within six months of starting.

The ethos behind this was to stop any new employee from staying in a job solely due to financial concerns. Instead, Riot wants to give disheartened employees a bit of cash to tide them over while they’re unemployed and looking for a better job. Queue Dodge is pretty generous, considering that it’s basically free money for leaving a job with, as Laurent puts it, “no questions asked.”

Interestingly, Laurent makes a point of stating in his letter that some Rioters “might not be excited about our [new] strategy, or might not be feeling great about our new operating model. They might not like the changes we’re making to our culture or our plans to return to the office on a flex schedule.”

Because of this, Laurent is expanding the Queue Dodge program to include all Riot employees, regardless of how long they’ve been at the company. Furthermore, departing Rioters will now receive “25% of their base salary with 3 months of COBRA benefits” as well as the entirety of their annual bonuses, which seems like a pretty sweet exit deal.

While each quitter’s reason might be different, it’s definitely strange for a CEO to offer employees who might be against diversity and inclusion (D&I) initiatives money as they leave the company. Laurent made a point of emphasizing that Riot’s Diversity and Inclusion team — which now consists of nine full-time employees — will “double-down on their most impactful work” going forward.

The D&I team will continue to promote “a stronger diversity lens to our performance, compensation, internal surveys, and promotion processes; increased representation in our workforce and products; and accelerated progress in making Riot a great place to work for everyone.”

This expansion of Riot’s Queue Dodge program will remain in effect for a limited time.