A week after U.S. Rep. Madison Cawthorn lost his primary election, a federal appeals court on Tuesday overturned a trial judge's decision that had blocked North Carolina's elections board from examining whether he should be disqualified from running for reelection.

A panel of judges on the 4th U.S. Circuit Court of Appeals reversed the ruling from District Judge Richard Myers, who had determined that a section of the 14th Amendment addressing insurrection and serving in Congress didn't apply to Cawthorn. Voters who filed a formal challenge to Cawthorn's candidacy pointed to how the first-term Republican spoke at the “Stop the Steal” rally that preceded the U.S. Capitol riot on Jan. 6, 2021. Cawthorn denies participating in an insurrection.

The decision lost some urgency, however, because Cawthorn lost his May 17 primary in the 11th Congressional District to state Sen. Chuck Edwards. The court ruled even after Cawthorn's attorney suggested last Friday the appeal was moot because election officials would certify the primary result in early June, meaning his name will not appear on the November general election ballot.

In an opinion footnote, Circuit Judge Toby Heytens wrote the rulings were filed anyway because the results aren't yet official, leaving to Myers any decision on whether to dismiss the case. Tuesday's ruling, however, could inform how other challenges are handled by states in the future. Similar challenges have been filed against members of Congress in other states who have been strong supporters of former President Donald Trump, including Georgia Rep. Marjorie Taylor Greene.

The North Carolina voters who filed the challenge cited the section that declared no one can serve in Congress “who, having previously taken an oath, as a member of Congress ... to support the Constitution of the United States, shall have engaged in insurrection or rebellion against the same.” The amendment, ratified three years after the Civil War ended to deal with ex-Confederates, does allow Congress to pass laws that can remove such restrictions.

Writing the prevailing opinion among the three judges, Heytens wrote that Myers got it wrong in March when he wrote that an 1872 law that removed office-holding disqualifications from most ex-Confederates also exempted current members of Congress like Cawthorn.

Arguments that since the law removed office-holding disqualifications “from all persons whomsoever” meant it applies to future legislators were misplaced, according to Heytens. The circuit judge said the past-tense language clearly meant it applied to “those whose constitutionally wrongful acts occurred before its enactment.”

Given that the 1872 law still prevented top Confederate officials like its former president Jefferson Davis from serving again, Heytens wrote, “the notion that the 1872 Congress simultaneously deemed any future Davis worthy of categorical advance forgiveness seems quite a stretch.”

Still, the judges “express no opinion about whether Representative Cawthorn in fact engaged in ‘insurrection or rebellion’ or is otherwise qualified to serve in Congress,” Heytens added.

James Bopp, an attorney for Cawthorn, argued before the panel on May 3 in Richmond, Virginia, that the Constitution leaves the decision on whether someone is disqualified to serve in the U.S. House with the elected body itself — not the states. While Heytens wrote that the also panel didn't rule on whether the Constitution gives Congress that responsibility, his colleagues weighed in.

Circuit Judge Jim Wynn wrote that the Constitution does give states broad powers to regulate candidates and ballot access. Circuit Judge Julius Richardson said Myers' court lacked jurisdiction to handle the case to begin with, saying determining a House member's qualification is a "privilege and duty given only to the House itself.”

Free Speech for People also helped file the challenge against Greene, who was on Tuesday's primary ballot in Georgia. While a federal district judge allowed the challenge there to continue, a state administrative law judge found that they did not present sufficient evidence to back their claims that she had engaged in insurrection. Georgia Secretary of State Brad Raffensperger accepted those findings and said Greene was qualified to run. An appeal is pending.

The appeals court also agreed that Myers should have allowed at least one voter filing the candidacy challenge to intervene in the lawsuit, which was actually filed by Cawthorn against the State Board of Elections. 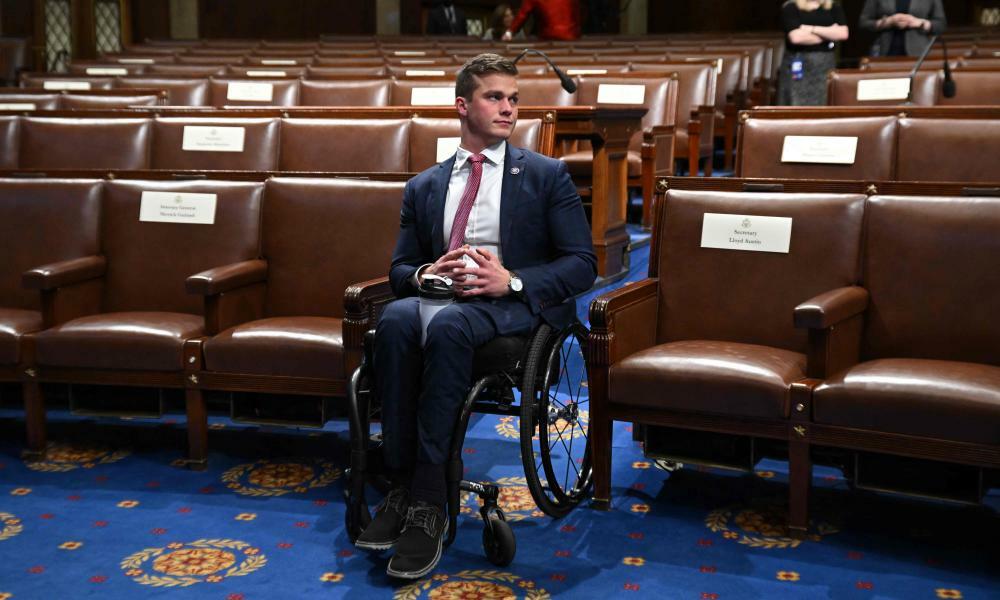 ‘Having specifically decided to withhold amnesty from the actual Jefferson Davis, the notion that the 1872 Congress simultaneously deemed any…