After a horrible year, does a better one await? - opinion 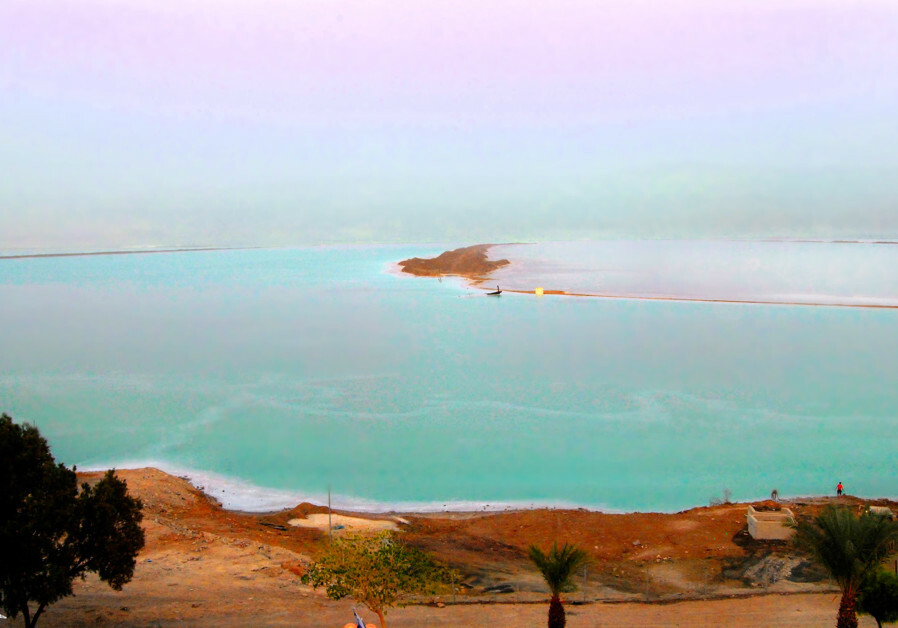 As the year closes out and we find ourselves in the midst of the High Holy Days, I find myself focusing on the biggest event of the last 18 months in my personal life, the death of my father, and the biggest event of the globe since the World War II, the coronavirus pandemic. How incredible that the Torah reading right now is also the commandment from Moses to the Israelites on the last day of his earthly existence: “I have set before thee life and death... therefore choose life.” All of the Rosh Hashana liturgy is essentially the same – a plea to God for life.

I find myself teetering between those two philosophies – thinking about death and focusing on life. Maybe you’re meant to be stuck between them and you must live somewhere in the crevasse because they’re irreconcilable.

Forgive the expression, but the death of my father stopped me dead in my tracks. Suddenly, after living my life without giving my eventual demise a second thought, I became focused on my own mortality. Simultaneously, I did not want my children worrying about it; I preferred to convey a more positive outlook to make them believe I will live and live, God willing, and they should not waste a moment of their lives contemplating life without me.

Would it be better to admit to yourself that you are not going to live forever? Maybe it is irrational, but perhaps we can achieve more during our lives by believing in our immortality, even as we make minimal yet essential preparations for our mortality. I believe in having a will. I believe in making arrangements for burial. I believe in instructing your children in what you expect from them as a family after you’re gone. But making much of your life a preparation for the afterlife? No, I don’t believe in that.

We should not become King Tut.

Yes, if you count your days, you live differently. And I do believe we have to cherish every moment of life. Maybe you live more humbly and maybe you’re not as materially or professionally ambitious because you know it doesn’t matter in the grand scheme of life. It’s not that I work less or that I’m less driven. But since my father’s passing, success is not as important to me. The media sometimes calls me several times a week, or even several times a day, for interviews and it used to be an ego boost. But now, if they call, great, if they don’t, it doesn’t bother me. So, I sold a couple more books. I had my own TV show. Big deal, it doesn’t mean anything in the grand scheme. But being a loving husband, a devoted father, and joyous grandfather, and someone who contributes to their community? Well, that’s the whole ball game.

It’s not really that I’m less ambitious to succeed. It’s just that now I want to succeed in different things.

If you find yourself asking: “What’s the point of achieving anything when you are going to die anyway?” that’s an unhealthy reaction, a philosophy of existential nihilism. It does not do you or anyone else any good if mourning grips you with despair and a sense of meaninglessness.

During the mourning period for my father, my good friend Sheldon Adelson, the world’s foremost Jewish philanthropist, died. He was one of the world’s richest people and, while it’s true he could not take his fortune with him, he left an incredible legacy behind that is positively historic. He spent hundreds of millions of dollars to ensure that every young Jew could visit Israel on the Birthright Israel program. He supported the memory of the six million victims of the Holocaust by contributing tens of millions of dollars to Yad Vashem. He helped college students combat antisemitism on campus by funding the Maccabee Task Force. He promoted Jewish values by being one of the largest donors, along with his wife, Miriam, to the World Values Network. He was larger than life, and it was hard to accept that someone like Adelson, who conquered so much in life, was defeated by death.

Imagine, though, how much the Jewish people would have lost if he had a fatalistic attitude, especially in his later years when his health was failing? Thousands of young Jews would never have visited Israel on Birthright trips if he had said “what’s the point?”

OTHERS CONTINUE to make their mark without giving in to the inevitability of death. Look at US President Joe Biden and Donald Trump, who competed for the presidency as septuagenarians, acting as though they are going to live forever. Biden ran for the most powerful office in the world at age 78. Critics suggested he is mentally slipping a little bit, but he would look at them and say figuratively, “Go to hell. I feel great. I’ve got 20 good years ahead of me.”

Biden could have said, “I reached the second highest office in the land and now it’s time for me to spend time reading bedtime stories to my grandchildren and take romantic walks with my wife. Why do I need this?”

Was it stupid running for president at his age when he could be spending the priceless time he has left with his children, grandchildren and spouse? Few people are as acutely aware of how precious time is with loved ones than the man who lost a wife and daughter in a car accident and a son to brain cancer.

Is it selfish for Biden to be so ambitious? Or is he putting us in our place because he has no plans on checking out anytime soon and expects to have plenty of time with his family after devoting himself to the welfare of the country?

Is that a healthy philosophy?

Maybe. Who am I to judge?

I think you have to believe that life is eternal, never slow down, and try your best, even as you make some preparations for death. The most precious commodity in the world is not gold or diamonds, dollars or Euros, not even cryptocurrency. It is time. It was put succinctly in, of all places, the superhero movie Avengers Endgame when Tony “Iron Man” Stark quotes his father’s lament over focusing on his career rather than his son: “No amount of money ever bought a second of time.”

NOW THAT I have a greater appreciation that life is so transient and ephemeral, I believe the healthier approach to living is to make sure the things I do are long lasting.

I think about my work in the last few years and whether anything I’ve done will outlive me.

I suppose it is a cliché that clergy always use, but I feel I don’t have a job so much as a calling. It’s different. I feel the need to repair the world – tikkun olam – we say in Hebrew, or as others might say, leave the world a better place than when we arrived.

When I die, will anyone care that I contributed some infinitesimal difference?

I’ve been an Israel warrior for a lot of my life – that was the title of one of my books – especially over the last decade or so when I was fighting demonization of Israel at the UN, on campus and in the media. I did everything in my power to discourage members of the US Congress from supporting Barack Obama’s catastrophic nuclear deal with Iran because it never held them accountable for planning a genocide of the Jewish people.

Then you had the Trump years, which were also times of struggle. He was controversial, obviously, and I was accused by Trump haters of selling out my values to support his stance on Israel. He was the most pro-Israel president in history, but people justifiably ask about all the other policies and behaviors that were troubling. It ended, of course, with the terrible assault on the Capitol and the continued bifurcation of America into two camps. Anyone like me who had praised Trump’s Middle East policies and wanted to express my gratitude for his support for Israel is pilloried by the president’s critics.

AFTER MY father’s passing, I decided that I want more peace. I’m much more focused now on reconciliation and brotherhood. I’m not in the mood to get in a fight with anyone unless the fight is unavoidable. It’s one of the reasons my organization, the World Values Network, put on a gala devoted to Black-Jewish brotherhood. It’s something that I devoted my life to, ever since Cory Booker was my student president at Oxford in the early 1990s. This year we honored civil rights legend Dr. Virgil Wood, who was imprisoned many times with Martin Luther King Jr., recording legend Dionne Warwick, and comedic and TV star Steve Harvey.

It was a truly beautiful celebration, which responded to Biden’s call for renewed national unity.

And therein lies all of our future, for this year and the next. It lies in brotherhood. It lies in togetherness. And it lies in choosing life.

The writer, “America’s Rabbi,” is the best-selling author most recently of Holocaust Holiday: One Family’s Descent into Genocide Memory Hell. Follow him on Instagram and Twitter @RabbiShmuley.