After a decade, Radha Nagar subway work to be taken up 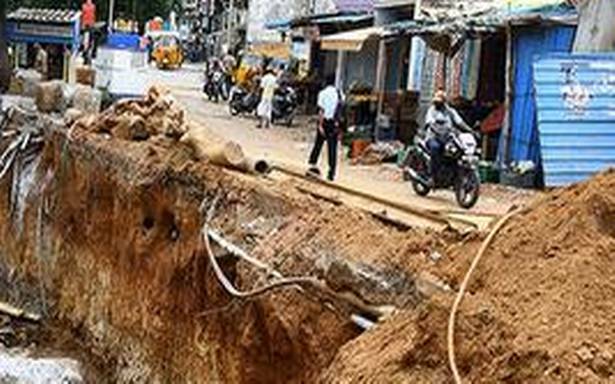 The work on Radha Nagar subway, pending for completion due to the approach road work, is set to be taken up shortly.

The subway has been a long-pending project for the residents of Chromepet as thousands of vehicles were getting caught in the traffic at the level crossing.

The subway, built across the railway tracks, would help in providing easier and faster access for hundreds of residents to reach the GST Road.

However, the subway work, which started more than a decade ago, has remained unfinished putting thousands of motorists to severe hardship, say residents’ welfare activists.

The subway is being constructed by the State Highways department and is almost in the completion stage, except for the approach road linking the subway to the GST Road.

Social activist V. Santhanam said the Radha Nagar subway project has been pending for more than a decade.

He said that most of the construction work has been completed except for the ramps and the approach road.

B. Guganesan, Chief Public Relations Officer, Southern Railway, said the General Arrangement Drawing (GAD) for the approach road has been approved and permission to carry out the work would be communicated shortly to the Highways department.