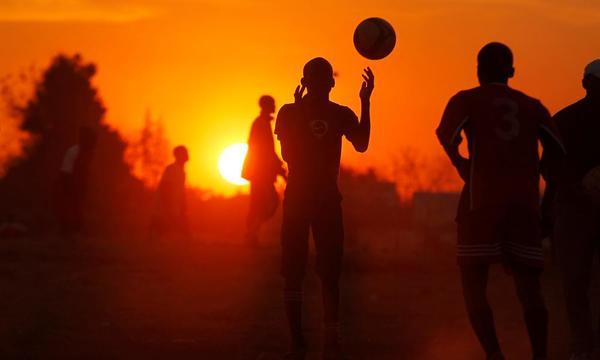 Africa could be the first region in the world to power its economic development on renewable energy rather than fossil fuels such as coal, the head of the International Energy Agency (IEA) told a press conference yesterday.

“I’m very excited about this,” said Fatih Birol as he launched the World Energy Outlook 2015. “When we look at the history of energy – in Europe, the US, China – economic development was realised by a substantial amount of coal. But in Africa, we may well see, for the first time, a region [realising] its economic growth using renewable energy.”

Birol said the big push from governments to get electricity to the two out of three people in Africa who don’t have access will help support this, as will falling costs of renewable energy. The price of solar panels fell by 75% from 2009 to 2014 and the costs of producing energy from the sun continues to fall.

This year India is the special focus of the World Energy Outlook report, the “bible” of the sector, which comes out annually. It predicts that industrial growth, with the government’s emphasis on “make in India”, will lead to a rapid growth in energy demand. Birol told the press conference that the IEA expects coal and oil consumption to grow significantly in India, but the country is also focusing on renewables, with a pledge to have 40% of power sector capacity non-fossil fuels by 2030.

We see a decoupling of energy demand growth and economic growth

According to the report’s central scenario which forecasts changes to the global sector by 2040, energy demand in south-east Asia will rise by 80% and by 70% in the Middle East, 90% of which which still be provided by domestic oil and natural gas.

In Latin America, according to the report, energy demand will increase by 50% and the region expands its relatively high share of renewables to 35% in 2040. This takes into account Brazil’s current drought, which is affecting hydropower and increasing reliance on gas. The report predicts that the region will continue to be a world leader in biofuels.

Low oil prices are affecting Africa’s exporting countries – Libya, Algeria, Nigeria and Angola. But countries in east Africa, such as Mozambique and Tanzania, are becoming significant natural gas exporters and users. The report predicts that nearly 40% of the total power generation capacity in Africa will be from renewables by 2040.

In total, the report predicts that electricity consumption will grow by more than 70% to 2040, although 550 million people will still not have access, and that renewables will overtake coal as the largest source of power generation by the early 2030s. “Renewables are not a niche fuel anymore,” said Birol. “Renewables have become a mainstream fuel as of now.”

Join our community of development professionals and humanitarians. Follow @GuardianGDP on Twitter. Join the conversation with the hashtag #EnergyAccess.