The AFL Players’ Association has thrown its weight behind calls for a club-by-club review in the wake of the Hawthorn racism allegations, saying the league clearly “has an issue with the treatment of First Nations and multicultural players”.

The AFL chief executive, Gillon McLachlan, on Thursday left the door open to a wider review of the treatment of First Nations players, after calls from Eddie Betts for a league-wide examination.

Betts said the allegations of racism at Hawthorn, revealed by the ABC this week, could “happen at any football club” and that he thought “every football club should do a review”.

Asked about Betts’ comments, McLachlan told the ABC that the sport should “explore every opportunity to make sure there is a safe environment” for players.

“While respecting the process that will take place around the Hawthorn report, what is clear is that the AFL industry has an issue with the treatment of First Nations and multicultural players. These are, at their core, human rights issues,” he said.

“To move forward, the industry has to understand, acknowledge and seek to repair the issues of the past.”

The AFLPA is in the final stages of developing a human rights framework for its business. Marsh said that, once that process was complete, it would lobby for the industry to adopt a similar model.

“As part of this process, we will address the issues of the past to enable a better future,” he said.

McLachlan spoke with senior Indigenous players on a call on Wednesday night, including Betts, Shaun Burgoyne, Shane Edwards, Steven May and Neville Jetta.

He had already announced an external independent panel – yet to be named – that would investigate the Hawthorn allegations, which he described as “challenging, harrowing and disturbing”. That review was expected to take six to eight weeks.

Federal Indigenous affairs minister, Linda Burney, has also spoken to McLachlan. Burney told the ABC on Thursday morning that she understood the AFL was contemplating a wider examination of racism in the sport.

“The point that you’re making about a broader examination, I won’t talk for the AFL, but I understand that’s a consideration going forward.”

Burney said racism was not just confined to the AFL. She urged other sports to confront their own mistreatment of Indigenous players.

“I don’t think it’s just the AFL, I think every single sporting club needs to examine what they’re doing and how they’re addressing issues of racism, how they’re making their environments more inclusive, and in particular, how they are working with the families of Aboriginal and Torres Strait Islander players,” she said.

She described the allegations of forcible separation of Indigenous players from their families as “sickening”.

“Sport holds a mirror up to society, it shows the courageous, wonderful things, but it also shows the ugly side of things, like racism,” she said. “What these players are saying is shocking, it’s sickening. Full stop.” 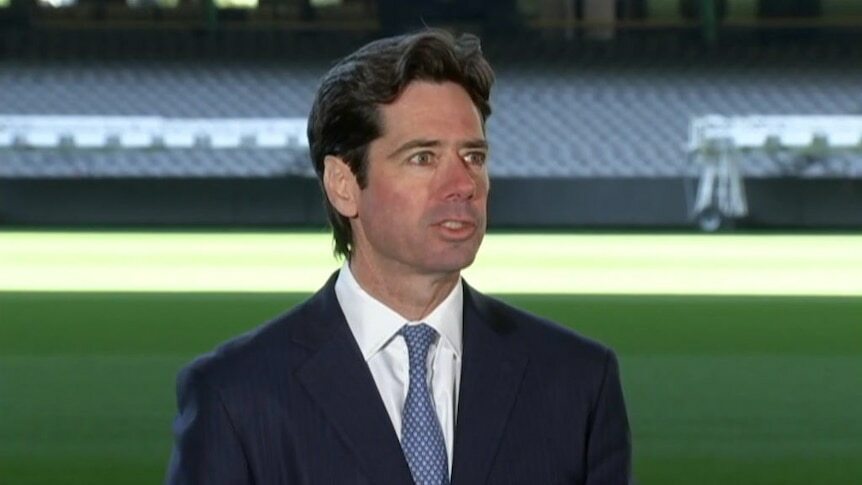 ABC News
Hawthorn, AFL respond to allegations of racism at club — as it happened

Hawthorn CEO Justin Reeves backs the AFL's independent investigation into allegations at the club, as it happened.

We already know the ugly truths of the AFL. This is the game where a senior club official once said…

It's past time Australia and the AFL faced up to its history of racism and exclusion.

Pedestrian.tv
One subscription that gives you access to news from hundreds of sites
Hawthorn racism review to allege that former coaches separated First Nations players from families and demanded a pregnancy termination