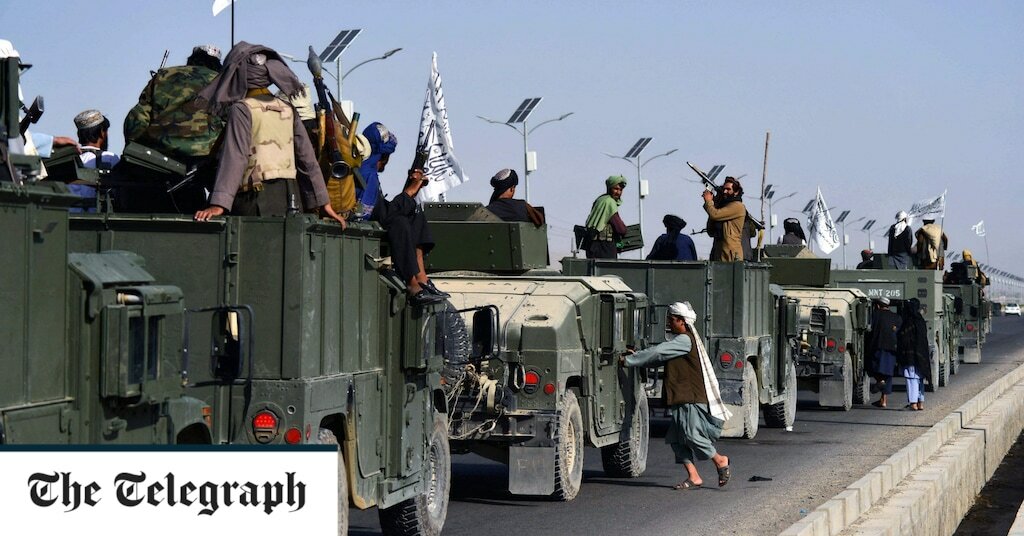 Afghanistan's health system is close to a collapse after foreign donors froze aid following the Taliban takeover, its public health minister has warned.

Dr Wahid Majrooh said as many as hundreds of clinics and hospitals have closed and more are shutting each day as they run out of fuel, food and medicine.

Staff have not been paid for up to five months and a health system which had made great advances improving maternal health and curbing infant mortality in the past two decades is now buckling.

“You see a running, resilient system close to collapse and it's very, very painful,” he told the Telegraph.

The Taliban capture of Kabul has plunged its aid-dependent economy deeper into crisis as foreign funding has been suspended, the treasury left empty and reserves frozen.

Meanwhile the banking system is paralysed and many of the country’s skilled workforce have fled.

Dr Majrooh was the only government minister who stayed at his post after the Taliban swept into Kabul on August 15. He said he turned down numerous chances for evacuation, but decided he must stay to help steer the health system through the transition to Taliban rule.

But he pleaded with foreign donors who once funded the Afghan administration to show flexibility in dealing with the militants, after countries cut off aid after the fall of Kabul.

He said unless aid was somehow resumed, the health system faced a disaster.

The Taliban takeover has ruptured Afghanistan's relations with the international community which until a month ago funded three quarters of the government budget.

The Taliban have made it clear they are keen to keep aid money flowing, but countries including America have said they are waiting to see how the militants govern.

“Negotiations between actors who have been hostile for years – the Taliban and the donor governments – will mean navigating a legal, practical and ethical minefield,” said a recent report by the Afghanistan Analysts Network. “Both sides will need to ask themselves: What is the cost of preventing collapse?”

Nearly two thirds of the country's 3,800 hospitals and clinics are funded directly through the government budget by the World Bank, EU or US, Dr Majrooh said. All have now frozen their aid.

The freeze has worsened an existing financial crisis. In the chaotic last months of the government, as the Taliban swept through the countryside, Ashraf Ghani's government channelled spending to the military.

Dr Majrooh said: “Our staff members have not been paid for the last three to five months. It looks like you have a patient in shock, you are trying to transfer them to hospital and suddenly you are in an accident and the patient goes into a coma.”

Suppliers have stopped deliveries of food, fuel and medicines because they doubt they will get paid.

As Dr Majrooh spoke to the Telegraph in his office, he received a message saying a maternity hospital in Badakhshan had shut down because the staff had not been paid, there was no fuel for generators and no supplies. He said he received such reports several times each day.

He said the international community had repeatedly vowed to help Afghan mothers and children. “Those mothers and children are still in this country and unfortunately at higher risk. We are losing them. We will witness a human crisis unless urgent, systematic and coordinated action is taken,” he said.

He appealed for money to be spent through the government, rather than trying to bypass the new administration.

Dr Majrooh said that on the day Kabul fell he had been called by the presidential palace and told to pack a bag for evacuation. But instead he went to his office and decided to stay.

“It was a very difficult decision for me and for my family,” he recalled. “I have a one-year-old daughter and I had to take a decision on her behalf as well.”

“I had prepared the system to be ready for the worst case scenario. I was predicting a very bad fight in Kabul city. So I was thinking that if something happens like that and I am not here, then how can I expect a director of a hospital to stay in a hospital?”

Instead the city fell with hardly a shot fired and he was at his desk the following day when Taliban fighters arrived outside. He said the insurgents had asked him to keep the services running and had agreed that female staff could return to their jobs.

At the ministry building in central Kabul, many of his staff had returned to work, but Taliban fighters also now walked around the compound. He declined to talk about the current political situation in the country.

A new government is expected to be announced in the coming days and Dr Majrooh said he is not seeking the job of health minister.

“I am done,” he explained. “I am waiting for the cabinet to be announced and then a smooth exit, because I am done.”