Afghanistan's earthquake has left this girl with nothing. Can the West help her without funding the Taliban?

A young girl sits in front of a pile of rubble that used to be her house. Her entire family is buried under there.

You can still see remnants of their lives before Afghanistan's deadliest earthquake in more than 20 years, like a green rug that featured in the house.

She's in so much shock, she can't speak or even say her name.

It's people like this girl who are waiting for support as rescue teams struggle to enter devastated communities and governments such as Australia's contemplate whether and how to send aid.

More than 1,000 people are recorded to have died, but that toll is expected to rise for days as teams go through the rubble of homes ruined by the magnitude-6.1 earthquake.

Aid agencies on the ground have told the ABC they're struggling to get into remote villages in eastern provinces of Afghanistan to search for survivors and assess the real extent of the damage.

"We are taking people who are under the destroyed shelters and mud," said Mohammad Anwar Haneef, head of the aid agency CARE International Afghanistan.

"The heavy rain this week, along with wind, actually was a big challenge for the rescue teams there.

"So [the] situation on the ground is unfortunately not normal yet, still the rescue operation is in progress."

Senior officials from the Taliban, the militant Islamist movement ruling Afghanistan, have called for international support.

"The Taliban is financially unable to assist the people to the extent that is needed," the Taliban's Abdul Qahar Balki said.

However, the Australian government still hasn't committed to sending aid, only saying it will work with its partners on the ground.

This earthquake has exacerbated a tricky ethical dilemma for Australia and other like-minded nations: How can they help Afghan people dealing with yet another unimaginable situation without supporting the Taliban directly?

Loss of diplomatic relations is devastating

When the Taliban regained control of Afghanistan in August last year, the country became an international pariah, sanctioned by much of the world.

Before the takeover, about 80 per cent of the country's budget came from external aid.

Most of that was cut — almost $US10 billion ($14 billion) was frozen by foreign governments and institutions, led by the US.

Some countries, such as Canada, have listed the Taliban as a terror organisation and the group has faced international calls to respect the rights of all citizens, halt executions and preserve cultural sites.

While hunger and poverty were common in Afghanistan, these sanctions created an economic crisis not seen in more than 20 years.

"The situation after the Taliban takeover last year changed things in two ways … one is the worsening economic situation, raising poverty among communities, going to a critical situation, people are in very bad situation," Dr Haneef said.

"The harsh winter last winter was another big challenge for people and the other thing is the brain drain. Many people left the country, so the skilled people are becoming [fewer]."

More than half the population, at least 23 million Afghans, have been facing extreme levels of famine, according to the UN.

Experts warned a situation like this would eventuate, but they did not expect it to happen so quickly.

The situation has become so dire that families have even resorted to selling their own children.

In the first press conference since seizing power last year, the Taliban reaffirmed their desire for diplomatic relations "with all countries" of the world, but said they'd also want their "values respected".

Some Western powers such as the European Union said they could be willing to work with the organisation if the Taliban respected human rights.

However, in the 10 months since they seized power, that hasn't been realised, with the rights, especially of women and girls, diminishing in the country.

Australia, along with other nations, no longer has officials on the ground and has refused to help the regime.

However, with Afghanistan facing yet another disaster, the pressure is building for Australia and others to step in.

"We, as Afghans, are in need of the urgent support … so this is the most important thing, all of us request everyone to be humanitarian actors, how we can support these people," Dr Haneef said.

"The situation on the ground is in a critical situation."

Afghanistan's ambassador in Canberra — who is part of the government in exile and independent from the Taliban — has said the group's grip on power should not prevent the Australian government from donating to the country.

"I would emphasise that this earthquake underlies why economic sanctions against the Taliban should be eased," she said.

"Afghans are an extraordinary, resilient people who survive on next to nothing, yet still help their neighbours and others disadvantaged.

"However, the lack of financial resources, limited money to pay salaries, buy necessities, tools, access funds in banks, due to the severe impact of the sanctions has caused extensive economic collapse with so many still starving and suffering severe malnutrition.

"So the sanctions further limits the capacity of the Afghan people to deal effectively with such a disaster on top of their day-to-day woes, just trying to survive themselves."

Australia has previously followed the lead of the United States when it comes to operations in Afghanistan — for example, both countries withdrew troops at the same time.

Other close friends of Australia, such as Japan, have announced they will send support, but the US has said it was not aware of any immediate requests from the Taliban for aid.

"I imagine the humanitarian response to the earthquake will be a topic of conversation between US officials and Taliban officials in the coming days," State Department spokesman Ned Price said.

Australia and the US are worried about where aid money would go and if it would fall into the pockets of the Taliban instead of those who need it most.

Experts say it is possible to avoid that situation by donating directly to aid organisations.

However, those hoping the country has a future say its people urgently need help.

"The most important thing that we can say is this, think about the larger effect on the on the population on the public.

"Every penny will be really helpful in saving lives of the people." 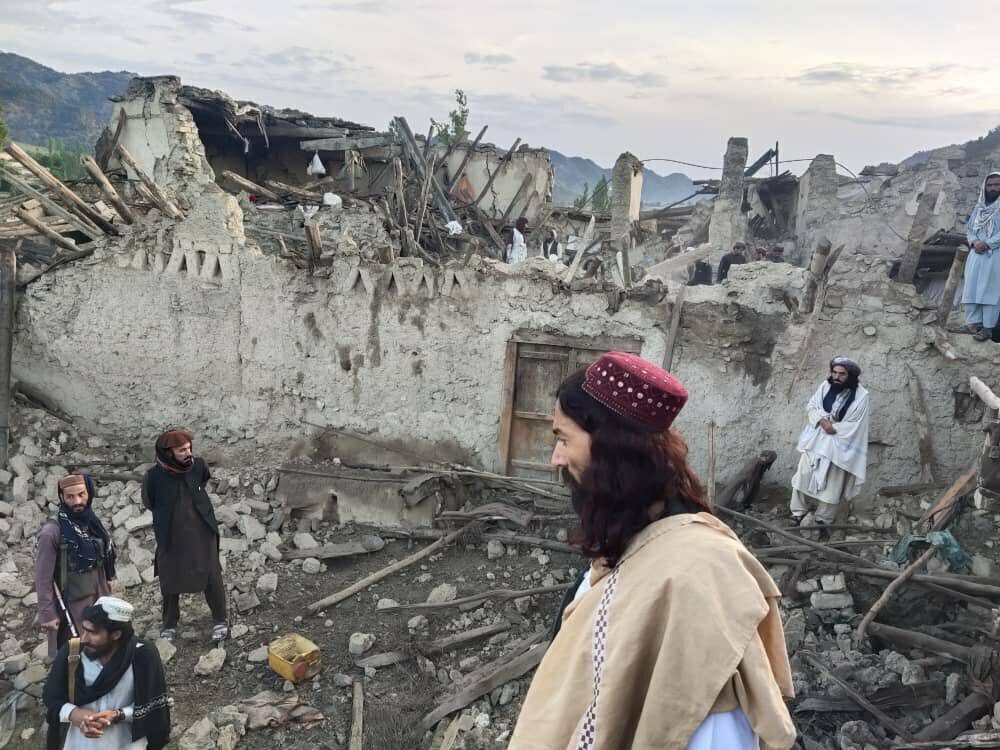 Al Jazeera
From analysis to the latest developments in health, read the most diverse news in one place.
Australia's Afghan community, devastated by deadly earthquake, mobilises to raise funds

Rescuers are digging through rubble with their hands, and the ripple effects of the disaster are being felt in the…