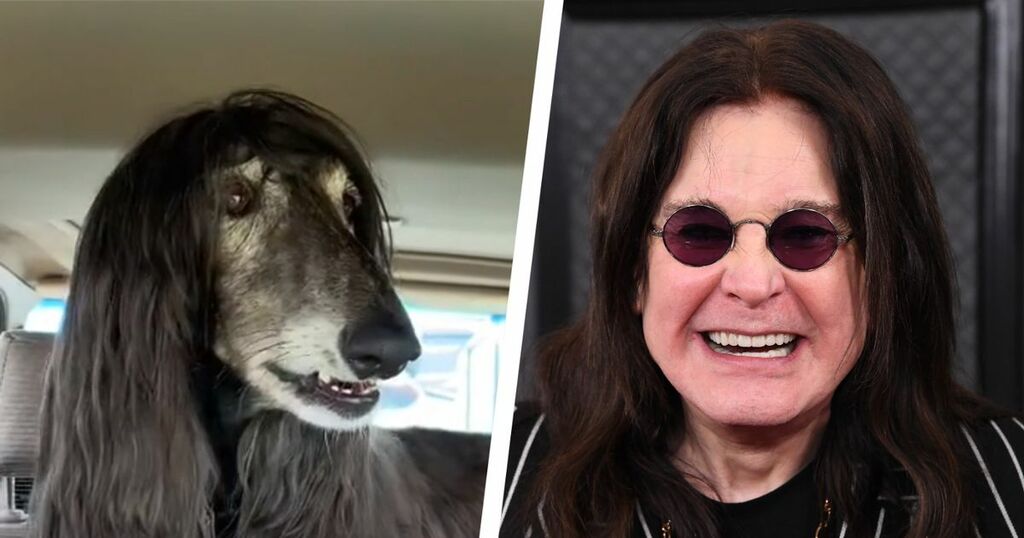 An Afghan Hound has been likened to Black Sabbath frontman Ozzy Osbourne for his luscious locks and frosty face.

The breed is renowned for their stunning silky coats - but Roman the Afghan Hound has such stunning hair it looked like he was wearing a wig.

His owner shared a hysterical video to their TikTok account @roman..the..snowman, which showed the dog’s distaste for his walk being cut short.

Roman was ‘talking’ in the car, with the owner’s interpretation typed out on screen so viewers could follow the conversation.

The hound said: “Mother. Now listen closely. I do not think it’s very fair that our walk is over, and that is that. I demand that we go for another walk this instant.”

The clip in itself is adorable, and viewers couldn’t help but notice that Roman looked like a few famous faces, including Harry Potter’s Snape and superstar Cher.

One said: “I thought he was wearing a wig.”

Another added: “Cher if she was a dog.”

“Is that Ozzy Osbourne?” a third added, whilst one simply wrote, “Snape?”

Other celebrities the dog has been compared to include Iggy Pop, Aerosmith’s Steven Tyler and Joey Ramone.

In another clip, the dog dons a high ponytail after a user likened the chic canine to singer Ariana Grande.

Roman certainly has a unique coat in amazing condition that most humans could only dream their hair was in.