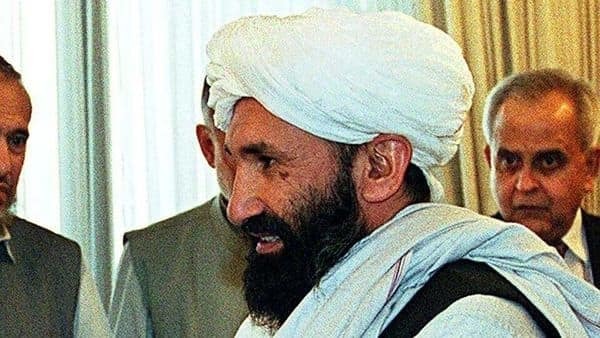 NEW DELHI : Afghan diplomatic staff in New Delhi, who have been representing the government headed by former president Ashraf Ghani, has refused to recognise the new Taliban government in Afghanistan describing it in a statement on Wednesday as “illegitimate and unjustifiable."

“The decision goes against the will of the absolute majority of the people of Afghanistan, international agreements, relevant United Nations Security Council and United Nations Human Rights Council resolutions and undermines the national interests of Afghanistan including security, stability, unity and prosperity of the country and its people," the statement said.

The statement comes a day after the Pakistan backed Taliban, which took over Kabul on 15 August after a military blitz across the country, named an all male  cabinet lineup including a Taliban member on the US’ Federal Bureau of Investigation (FBI)'s ‘most wanted’ list, with a bounty of up to $10 million on his head.

The announcement of the “so called Taliban cabinet will result iin undermining Afghanistan’s political, ethnic and social diversity, lead to increased tensions and also undermine the prospect of a comprehensive and lasting peace  in the country," the statement issued by the mission in New Delhi said.

The Islamic Republic of Afghanistan “manifested in the tri-coloured flag is cherished amongst all Afghans inside and outside the country and is flying at all Afghan diplomatic missions," it said referring to Afghan missions flying the flag of the previous government that the white one representing the Taliban.

The Indian foreign ministry did not immediately comment on the matter.

New Delhi has not de-recognised Ambassador Farid Mamundzay who arrived in New Delhi in March this year. Neither has New Delhi recognized the Taliban government in Kabul.

“The focus is, let me reiterate is that Afghan soil should not be used for terrorist activities, of any kind of anti-Indian activities. And we will try to focus on that element," Indian foreign ministry spokesman Arindam Bagchi said in New Delhi last week responding to questions on whether India considered the Taliban a terrorist organization and on rare contacts between India and the Taliban. On 31 August, India publically stated that its envoy in Qatar, Deepak Mittal had met a Taliban official in Doha.

“There was a question about recognition (of the Taliban) or something like that. Let's just read the Doha meeting for what it is. It is just a meeting. And I think these are still very early days. And I don't have further on that," Bagchi said response to a question whether India was preparing to formally recognise the Taliban.

Analysts say that India’s hostile ties with Pakistan, which is seen as the mentor of the Taliban, complicates the situation for any engagement between New Delhi and the Islamist grouping. This is not the case with any of the other countries in Afghanistan’s immediate or extended neighbourhood.

As of now, New Delhi seems to be waiting and watching to see how the Taliban responds to India’s concerns that Afghan soil should not be used for anti-India operations.