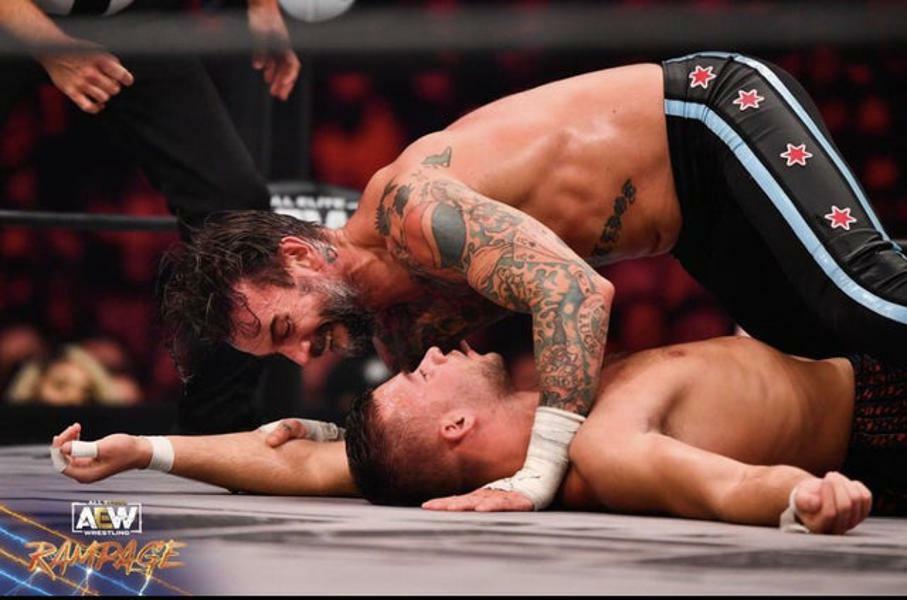 A viewership of 466,000 represents a 25% drop from last week’s show as Rampage continues to see its numbers dip to scary low territory.

Rampage advertised CM Punk vs. Daniel Garcia, though it faced tough competition from the Major League Baseball playoff slate. The ALDS kicked off with the Boston Red Sox taking on the Tampa Bay Rays while the NLDS featured the Los Angeles Dodgers battling the San Francisco Giants. Punk’s last in-ring appearance on Rampage, during Night 2 of AEW Grand Slam on September 24, helped the broadcast average 727,000 viewers in its first hour. Viewership peaked at 806,000 for Punk’s matchup against Will Hobbs, but with the second hour crashing to 552,000, Rampage’s average viewership of 640,000 continued its unfavorable streak of record-low viewers.

Rampage viewership exploded on August 20 with the word-of-mouth return of CM Punk as “The First Dance” from The United Center drew 1.129 million viewers for a live show. Sine then, Rampage ratings have collapsed violently for taped episodes, with viewership now falling 59% based on the overnight number, which will be made final on Monday.

Rampage figures to finally rebound next week for its first live show since “The First Dance.” The Miami broadcast will once again feature CM Punk as he takes on Matt Sydal. Rampage will also pit Chris Jericho and The Inner Circle (Sammy Guevara and Jake Hager) against Ethan Page, Scorpio Sky and former UFC world heavyweight champion Junior Dos Santos.

What’s more, is half of Rampage will be going head-to-head with a “supersized” edition of WWE SmackDown, which will air on FS1. The loaded card will feature Becky Lynch vs. Sasha Banks, Naomi vs. Sonya Deville—as both women make their in-ring returns to further an entertaining, racially charged, storyline—and an appearance by Brock Lesnar. SmackDown will also feature action from both The King of the Ring and the Queen’s Crown tournaments. AEW President Tony Khan played up the competitive spirit of next week’s showdown, by tweeting that he “can’t wait” to beat WWE’s A-Show head-to-head.

Given AEW Rampage’s streak of record-low viewership, and WWE featuring its big guns next week on SmackDown, this is shaping up to be a “Be careful what you wish for” scenario.