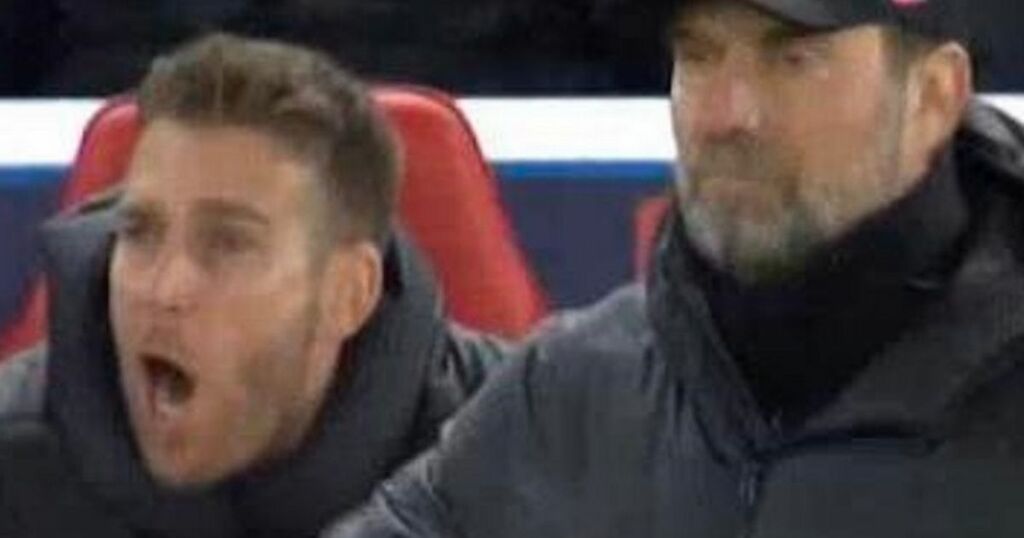 Liverpool continued their 100% record in the Champions League this season with an ultimately comfortable win over Porto.

Thiago Alcantara and Mohamed Salah both netted as the Reds secured a 2-0 triumph at Anfield on Wednesday night.

The result means Jurgen Klopp’s side have taken 15 points from 15 in the competition's group stage for the first time in the club's history.

But there was plenty that went unnoticed or under the radar during the 90 minutes at Anfield.

RATINGS: Thiago 'impressive' vs Porto but one Liverpool player 'nervy and massively off the pace'

Fair to say Thiago's debut Liverpool goal in front of paying spectators was somewhat worth the wait.

The 30-yard first-time strike - almost levitating its way into the bottom corner as it hovered inches off the turf - drew as many gasps of astonishment as cheers among the home support.

And the merit of the effort was reflected on the Reds bench, where compatriot Adrian was left open-mouthed at what he had just witnessed.

Mind you, the goalkeeper would probably have later told his team-mate that he'd have saved it.

*Give us your LFC player ratings:

Harvey Elliott may not be fit enough to play for Liverpool at the moment, but he remains a regular at Anfield.

The teenager was again in attendance on Wednesday and afforded Champions League debutant Tyler Morton a huge hug after the final whistle.

Before the match, though, Elliott was keen to broaden his skillset by commandeering the camera of a club photographer and firing off a few snaps.

As long as he keeps away from the press box, that'll be fine thanks very much Harvey. You wouldn't want the grief from doing the player ratings, believe us.

Making only his second start for Liverpool, it was another huge evening for Tyler Morton.

If the teenager had any nerves playing on the European stage, they weren't evident as he produced a composed performance.

And there was a nice moment before kick-off when Morton was given a warm hug by Mohamed Salah, who then leant in for some words of encouragement.

Presumably the message was "just give the ball to me, lad, and let me worry about doing the rest". Which is exactly what happened for the second goal.

Boys will be boys

The drama didn't end with the final whistle at Anfield.

After the game was finished, two young rapscallions raced on to the pitch with one of them taking the matchball from Andy Robertson.

The scamp then evaded stewards and raced into the Sir Kenny Dalglish Stand where he played a neat one-two with a nearby fan and then legged it into the crowd with his new prized possession.

Newcastle United are now believed to be considering a bid in January for his services.