Adobe's high-voltage buyout of Figma is a classic tech manoeuvre

When Facebook, as it was then called, acquired, in 2012, a small, two-year-old company with 13 employees that came up with an application that let users share photographs and videos, it paid a fancy price of $1 billion, which many thought ridiculously extravagant. Instagram now earns a largish chunk of the advertising revenue generated by Facebook parent Meta. In 2014, Facebook bid $16 billion in stock and cash for the messaging platform WhatsApp, another $3.6 billion to retain its staff. But the final value of the acquisition, paid for in cash and Facebook stock, came to $21.8 billion, as Facebook shares went up in price after the acquisition was announced. WhatsApp is the developing world’s favourite messaging platform and has helped Facebook access billions of individuals across the globe. Eventually, that access would lead to monetisation.

Govt aims 1-hour clearance for goods at all ports

How biscuits help Britannia get an edge over peers

Inflation or growth? Why RBI can't aim at both

As ever larger swathes of business acquire an online presence and the user interface and the user experience companies offer customers become crucial, the ability to design these well becomes critical. Figma specialises in this. Its design tools are free to begin with, unlike Adobe’s licensed products that compete in the same space. How Adobe will use Figma’s talent base of 350 and enthusiastic customer base will determine whether the acquisition makes sense or not. Critics—Financial Times, for instance, called it a dumb deal mainly because the $20bn cost (half cash, half stock) is double the valuation from Figma’s June 2021 fundraise, is 50 times Figma’s reported $400mn of 2022 annual recurring revenue and it values Figma employees at about $25mn each— who base their verdict purely on the price paid are making a mistake.

How companies are valued is not an exact science. The future streams of income that a company can generate will depend on the synergies that a would-be acquirer brings to the table. The business model of an established company might be in danger of being disrupted by a newcomer. Another would-be acquirer would not see the acquisition target with quite the same urgency or aggression as by the company the newcomer threatens to upend.

There are lessons for India’s corporate regulators, whether at the Company Law Board, the Securities and Exchange Board of India or the Enforcement Directorate, who would do well to bear this in mind, when they propose to clamp down on share transactions for deviating from deemed fair value. There is no single fair value for an unlisted company. Its value would vary, depending on the perspective of a would-be acquirer.

Nor is the value of talent that would accrue to an acquirer along with the acquired company anything to be sneered at. Talent would need to be retained with appropriate incentives. America today faces a shortage of tech talent, thanks to liberal funding of startups by venture capital in the era of low-cost capital, which increases demand, and a clampdown on immigration from the time of President Donald Trump onwards, which restricts supply. Talent that has worked together to produce a successful startup is more valuable as a team than its individual members separately.

Shantanu Narayan, Adobe’s incumbent CEO, made his mark by changing the company’s popular applications from software products sold on discs to licences that allow buyers to use the software as a service, run from the cloud. When he made this switch a decade ago, there were sceptics aplenty then too. But the company has thrived. With Figma’s acquisition, Adobe gets a jolt of fresh energy, a successful team that has developed applications that make collaboration on designing the user’s interface with any company easy and fun, and new capabilities, and a community of users, something that is irreplaceable, and is in fact precisely what commands high prices in acquisitions by tech companies. Products and services can be created, especially by tech giants . User communities are hard work and a different cup of tea altogether.

The number of companies that seek to engage customers online will only increase. The quality of such engagement would become a key differentiator, and the ease and aesthetic quotient of the customer interface can only go up. By converting a competitor in this game into an own resource, Adobe is doing the sensible thing. Its only concern is that the competition watchdog in the US should not deem this a move to kill the competition and block the acquisition. 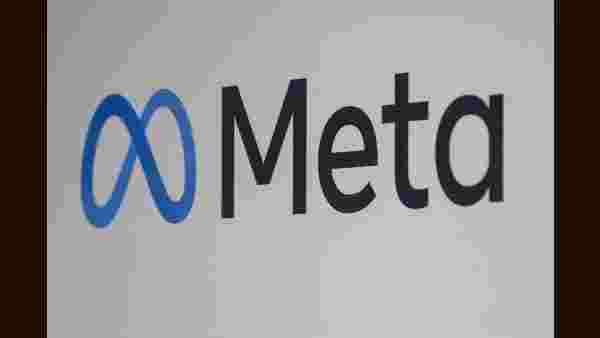 Airtel, Meta announce ₹1 crore hackathon to boost WhatsApp Business adoption
The hackathon comes as part of Meta’s efforts to expand adoption of WhatsApp for Business, which is aimed at monetizing one of the most used mobile applications in the world. At the moment, companies using WhatsApp’s business services need to pay a per-message usage rate

Livemint
From analysis to the latest developments in health, read the most diverse news in one place.
Adobe can’t Photoshop out the fact its $20bn Figma deal is a naked land grab

A light regulatory touch must especially prevail in digital markets where our prospects are bright.

The gaming market is expected to cross $230 billion in 2022. There are 250,000 jobs in the global gaming industry annually

UPI Lite is among the key digital payment initiatives that the RBI has launched; here's how it will work

Livemint
One place to find news on any topic, from hundreds of sites.
Byju’s misses deadline to clear dues above ₹1,500 cr to Blackstone over Aakash deal

Byju’s had announced the acquisition in April 2021 in a cash &amp; stock deal, and had made partial payments