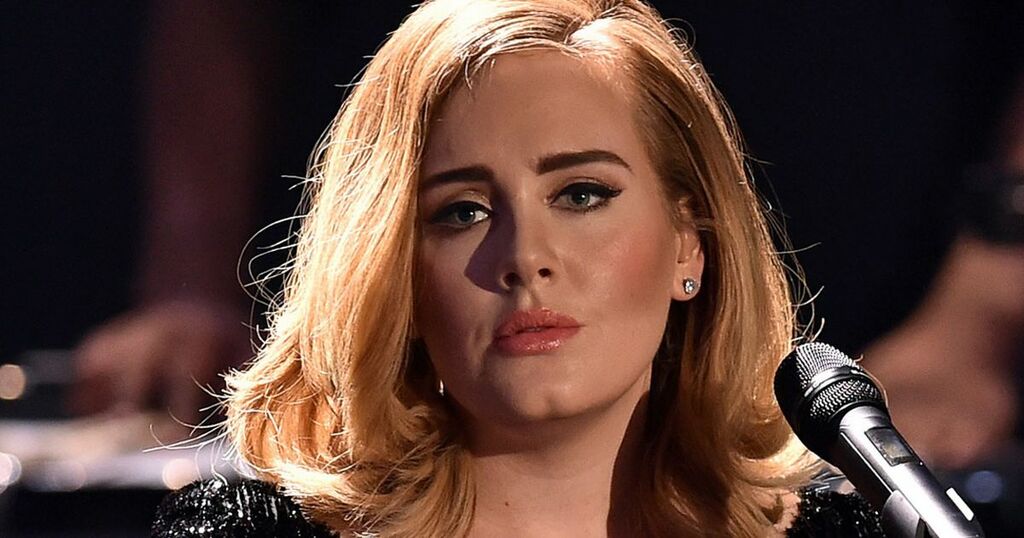 Adele "made peace" with her father before his death.

The Someone Like You singer's dad Mark Evans passed away earlier this year at the age of 57 after a battle with cancer.

The pair were estranged for a number of years, but Adele is grateful they sorted things out before he died.

Mark and Adele's mother Penny split when the songstress was young and he was largely absent from her life.

The father-daughter duo fell out even more when Marc started selling his story to the newspapers.

She told British Vogue : "I know he loved me, and we actually got our peace before he died."

Adele turned to therapy to cope with the grief she felt after her father's passing.

She struggled with anxiety after her dad died. She discussed how she felt with her friends, who tried to reassure her that she would be ok eventually but knew it would be a "ride" and rollercoaster of emotions.

"I'd have a lovely night with my friends and then I'd wake up like a tsunami was coming for me. I remember sitting [outside] with two of my friends and I was like, When will I stop feeling like this? And they were like, In time," she said.

"And I was like, Yeah, but how much time? And one of them cried and was just like, I don't know. It's gonna be a ride. And it was."

In an interview with The Sun, Mark said he had been a "rotten" father to Adele.

"I was deeply ashamed of what I’d become and I knew the kindest thing I could do for Adele was to make sure she never saw me in that state," he said.

Following the interview that revealed details about her personal and private life, Adele had claimed she had no interest in speaking to her father again.

Speaking to Vogue magazine, she added: "I was actually ready to start trying to have a relationship with him again.

"It makes me angry! To come back after 10 years and be like, 'Maybe her problem with men comes down to me.' It’s like, 'F**k off! How dare you comment on my life?’ It makes my blood boil."

*Adele covers the November issues of British and American Vogue.