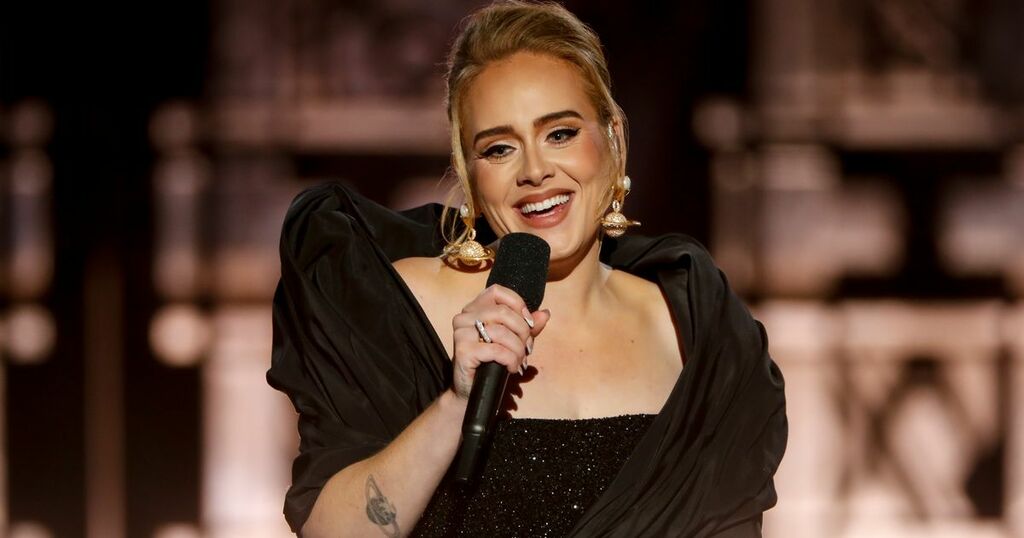 Adele fans were in awe as they reacted to the musician's newly released music video for Oh My God.

Oh My God is the second single from her album, 30, which she released in November 2021.

Her latest release, which comes a few months after the Easy On Me video, is directed by Sam Brown - the same person who worked on the Rolling In The Deep video with her in 2011.

Adele dressed up to the nines in gorgeous outfits from Louis Vuitton, Vivienne Westwood and Harris Reed.

Apples are a running theme in the video and are seen thrown across the floor at the beginning of the song when multiple Adele's belted out the lyrics.

The entirely black-and-white video ends with Adele sitting on a chair and taking a bite of an apple.

Fans immediately took to social media to simultaneously freak out over the Hello singer's looks and heavenly singing voice.

"The attention to detail, the framing, the thought that went into everything. We all just lucky to have Miss Adkins," one user on Twitter mentioned.

Another said: "I adore you @Adele and your talent! Thank you for being so real and relatable #OhMyGod is [ fire emoji]."

One said: "In conclusion, I just wanted to say Adele has a brilliant mind and no one does it like her."

Another kept it simple and tweeted: "You're amazing queen!!"

The entire music video had religious connotations. One phenomenal outfit included a floor-length gown covered by a Pellegrina.

It comes after Adele enjoyed an incredible year in 2021 after making a comeback to music following her hiatus beginning in 2016.

Of course, she returned to the top of the charts with her smash-hit Easy On Me - her first single in over five years.

Adele also claimed her fourth consecutive UK number one album which was the fastest-selling of 2021 with her latest record.

If that wasn't enough, the album broke the record for the most-streamed album in a day globally by a UK artist in Spotify history.

She also broke the record for the most-streamed UK artist globally in a day in Spotify history.