Superstar Adele has confirmed that she and and her sports agent boyfriend Rich Paul have moved in together.

The songstress, 34, shared a picture on Instagram to her 49.9m followers of herself and Rich, 40, standing outside a huge white and columned home, holding keys in their hands.

Wearing a long coat, trainers and sunglasses, with her hair tied up, the Someone Like You singer beamed as she stood next to Rich, who was wearing a grey shirt and trousers, as well as trainers.

Underneath the caption, Adele, who went public with Rich last summer, wrote: "Time flies" followed by three emojis, including a love heart.

Along with the happy picture, Adele had shared four other snaps, giving a glimpse into the pair's relationship.

In one cute photo, Adele is laughing as she pretends to serve Rich a burger, while in another one the pair are about to go on a theme park ride.

In the third snap, Rich kneels down to kiss Adele in a dressing room, as she is dressed in a full-length gown. In the final photo, Adele shared a fortune cookie note, which read: "You have found good company- enjoy."

Adele sparked rumours of engagement with Rich during an appearance on The Graham Norton Show last year when she was wearing a diamond ring on her wedding finger, where she neither confirmed or denied the speculation.

The vocalist also hinted that the couple are debating whether to start a family together, more than two years after her split from ex-husband Simon Konecki.

Last week, In a reflective post to mark her 34th birthday, she wrote on Instagram: "What a difference a year makes!

"If time keeps healing and smoothing out all the creases in my life like it does as the years fly by, then I can’t wait to be 60!"

"I’ve never been happier! So many lessons, so many blessings to be grateful for.

"This is 34, and I love it here! Thank you for the birthday love as always."

Rich was seen partying with NBA star LeBron James on the evening of the singer's birthday last week without her.

The sports agent, who boasts clients such as James, Ben Simmons and Tristan Thompson among others, was at the American Express Presents Carbone Beach dinner party on Thursday as Miami prepares for its inaugural Formula One Grand Prix this weekend.

Paul was at the exclusive party alongside other celebrities such as Ivanka Trump, F1 driver Pierre Gasly and DJ Hannah Bronfman, while Italian tenor Andrea Bocelli put on a surprise performance, according to Page Six.

It is not clear whether the couple had celebrated her birthday earlier in the day.

The pair went public with their relationship last summer after they were spotted watching game five of the NBA Finals between the Phoenix Suns and Milwaukee Bucks. 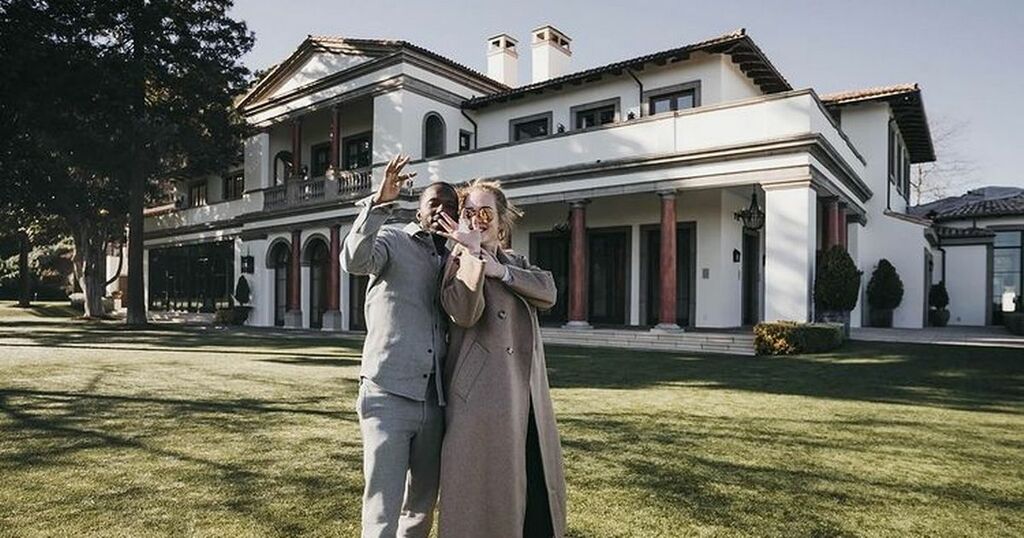 Daily Record
One subscription that gives you access to news from hundreds of sites
Adele and Rich Paul: A timeline of their relationship