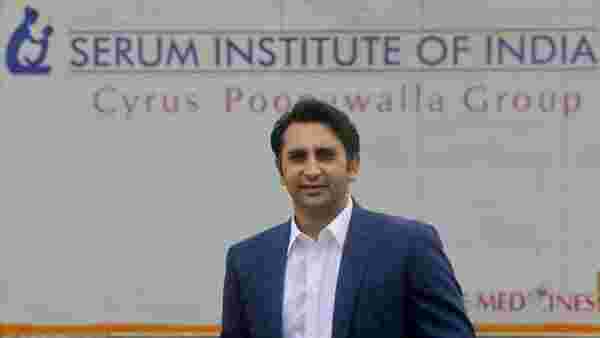 Poonawalla said in a tweet, "Thank you, Shri @narendramodi Ji and PM @BorisJohnson. This is a great example of the close relationship between our two countries, No quarantine for travellers post-October 11, if you are double vaccinated with COVISHIELD!."

Earlier, putting an end to the vaccine certification row, the UK on Thursday announced that Indian travellers fully vaccinated with both doses of Covishield will not require to undergo quarantine in Britain from October 11.

The announcement was made by British High Commissioner to India Alex Ellis.

Thank you Shri @narendramodi Ji and PM @BorisJohnson. This is a great example of the close relationship between our two countries, No quarantine for travellers post the 11th of October, if you are double vaccinated with COVISHIELD! https://t.co/lYCF0OvIJW

A British High Commission spokesperson said the UK has further opened up international travel and will recognise India's vaccine certification system from October 11.

"From Monday, a traveller from India to the UK, double jabbed with Covishield or another vaccine recognised by the UK regulator does not have to quarantine. It will be easier and cheaper to enter the UK. This is great news," Ellis said in a video statement.

He also thanked the Indian government for close cooperation on the matter over the last month.

Separately, the UK issued a fresh travel advisory and said the "red list" will reduce to seven countries and "proof of vaccination will be recognised from 37 new countries and territories including India from 4 am on Monday.

The announcement came hours after India said it is hopeful of finding a solution to the vaccine certification row.

In its advisory, the UK said the government extended the inbound vaccinated arrivals system to a further 37 countries and territories across the globe including India, South Africa and Turkey, which meant eligible vaccinated passengers arriving from the rest of world countries only need to take a "day two test in England".

It said eligible travellers vaccinated in the 37 countries and territories will be "treated the same as returning fully vaccinated UK residents, so long as they have not visited a red list country or territory in the 10 days before arriving in England."