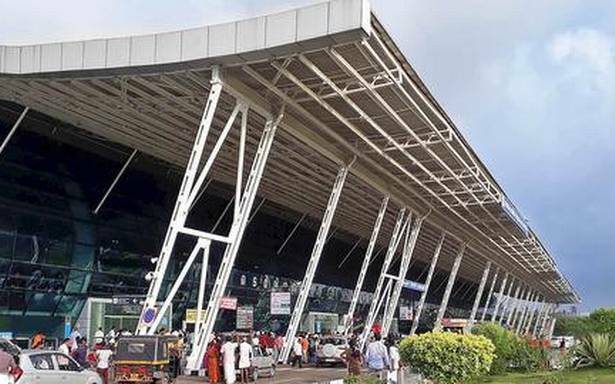 The Adani Group will take over the operations and management of the Thiruvananthapuram International Airport from October 14.

The formal transfer of the airport to Adani Thiruvananthapuram International Airport Ltd. (ATIAL), a wholly-owned subsidiary of Adani Enterprises Ltd., will take place in the early hours of October 14, a senior official of the Ahmedabad-based group confirmed.

Under the concession agreement with the Airports Authority of India (AAI), ATIAL will operate, manage and develop the airport for the next 50 years. Infrastructure development and attracting more flights to Thiruvananthapuram will be among ATIAL’s immediate priorities, a senior official of the group said on October 13.

The take-over comes amid opposition from the State government and the Airports Authority employees’ union which had moved court against airport privatisation. In November last year, the State government and the employees’ union had approached the Supreme Court after the Kerala High Court dismissed its plea opposing the transfer. The petitions are pending before the Supreme Court.

In August last year, the Kerala Assembly unanimously passed a resolution flaying the privatisation bid and demanding the Central government to hand over airport management to a special purpose vehicle run by the State government.

The Adani Group is also the concessionaire for the ₹7525 crore Vizhinjam international seaport project in Thiruvananthapuram district.

After the Union Cabinet gave its approval on August 19, 2020, the AAI issued the Letter of Award (LOA) to the Adani Group for operating, managing and developing the Thiruvananthapuram airport for a period of 50 years. The Group had quoted ₹168 as the passenger fee payable to AAI against KSIDC’s ₹135.

The AAI and the Adani Group inked the concession agreement on January 19, 2021.

An MoU for providing Reserved Services — customs, immigration, plant and animal quarantine services, health services, and meteorological and security - was signed by the Ministry of Civil Aviation and Adani Enterprises Ltd in August this year. Likewise, the AAI and the Adani Group have executed an agreement for communication navigation surveillance-air traffic management (CNS-ATM).

Under the original schedule, the airport should have been handed over to the Adani Group on or before July 18, 2021. However, following the outbreak of COVID-19 second wave, the deadline was extended up to October 18, 2021, at the request of the Adani Group.